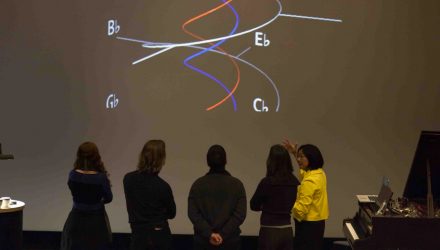 Pianist-mathematician Elaine Chew is Professor of Digital Media in the Centre for Digital Music at Queen Mary University of London. Deeply passionate about communicating not only her art, but also how and why musicians do what they do, she designs boundary-crossing concert-conversations that challenge the ways we think about and make music. Also an award-winning scientist, she frequently gives keynote lectures on her mathematical work on musical expression and the music structures that shape expressivity.