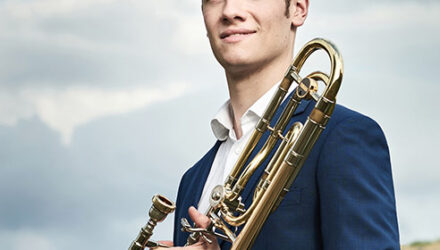 Tales of fantasy from Stravinsky and Ravel, a song of exile from Qigang Chen, and a homecoming for Dani Howard’s new trombone concerto – played by one of the LSO’s own brass stars.

Amidst a silence so heavy that you can almost feel it, something stirs – and in a shower of sparks, Stravinsky’s Firebird explodes into coruscating life. Guest conductor Xian Zhang opens a musical storybook, and retells four astonishing tales. The fantasy worlds of Stravinsky and Ravel are as captivating (and as fabulous) as ever, but we’ll hear a couple of 21st-century testimonies, too – from Dani Howard and Qigang Chen.

‘There is a Chinese proverb that says when a man is uprooted, he gains vital force,’ says Qigang Chen, and his L’Éloignement tells of exile and nostalgia, in music of vibrant lyricism. Dani Howard’s new trombone concerto, meanwhile, drew rave reviews after its premiere last year and has since been nominated for an RPS Award. Written for (and performed by) the LSO’s superb Principal Trombone Peter Moore, one critic called it an ‘instant classic’.