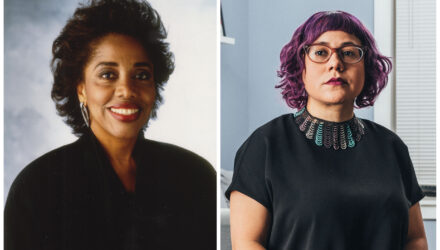 American Composers Orchestra’s (ACO) Composer to Composer series features major American composers in conversation with each other – online – about their work and leading a creative life. The intergenerational discussions, moderated by ACO Artistic Director Derek Bermel, begin by exploring a single work with one composer interviewing the other. Attendees will gain insight to each work’s genesis, sound, influence on the American orchestral canon, and be invited to ask questions of the artists. Events will be live-streamed and available for on-demand viewing for seven days following the live event.

On April 28, Angélica Negrón talks with Tania León about León’s work Carabalí for orchestra, from 1991. James Melo writes in the note for the piece, “The title Carabalí refers to a people of West Africa who rebelled against slavery, and whose saga continued through the cimarrones in the Caribbean region. The quiet and introspective character of much of the piece belies something that stirs much more deeply below the surface in preparation for the final outburst, a carnavalesque frenzy that seems to release all the energy accumulated in the previous sections. The trumpets’ calls at the end acquire a heroic and defiant urgency.”