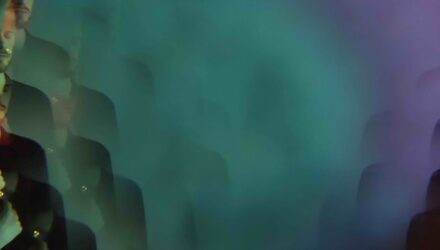 This gig is for a seated audience.

TAUPE
Taking risks only works if you’re willing to fail, and Taupe share an understanding that there’s no wrong way to play. A decade of friendship has conjured a spooky telekinesis that anchors the band, even when their improvisations teeter on the edge of total collapse. The three-piece – Jamie Stockbridge (alto sax), Mike Parr-Burman (guitar) and Adam Stapleford (drums) – are an explosive live band, veering from taut metronomic precision into intentionally turbulent, unchartered territory. A DIY ethos feeds their wonky compositions, colliding sour scatter-skronk with sludgy, doom-inspired riffs.

Anarchic, joyful debut album Fill Up Your Lungs and Bellow (2017) was best described by All About Jazz as “a chain of chemical reactions”, and their 2019 EP Get The Keys is a wild joyride through the night their car was almost stolen – with their instruments, Mike and Adam still inside it. Not Blue Light (out April 7th 2020) is their boldest record yet. Picking up the story from where the EP left off, it rattles from shit-your-pants fear to adrenaline, relief and total bafflement.

It’s no surprise that their exhilarating sense of discovery has won them support from the likes of BBC 6 Music’s Freak Zone and BBC Radio 3’s Late Junction and Freeness. Fizzing with ideas, Taupe are a non-jazz band that prizes surprise over any specific sound.
www.taupetaupetaupe.com

LEECHBOOK are a Colchester-based dark ambient project from members of Earthmass and Chestburster reflecting on the horrors of the 17th century and inspired by folk horror soundtracks. Having formed in 2014 their first release “The Cruelties Of An Age” was released in 2015 containing atmospheric dirges on war, plague & fire. Leechbook recently have moved into playing in a live environment to bring their funereal melancholic hymns to the people…
https://leechbook.bandcamp.com/releases

FRAZER MERRICK
Frazer creates electromagnetic soundscapes using glitchy guitars, circuit bent keyboards and the Photon Smasher, a diy mic for listening to light which turns flashing bike lights into distorted beats and LEDs into pitched synths. In 2019 his piece Hidden Sounds of Coastal Arcades, an experimental documentary of the people, place and machines at the pier in Walton Essex, was featured on BBC Radio 3’s Between The Ears. In 2020 he collaborated with Wet Sounds and Essex Book Festival to compose a score for J.G Ballards The Drowned World which was performed with speakers above and below the waves at Chelmsford Leisure centre.
https://www.youtube.com/frazermerrick