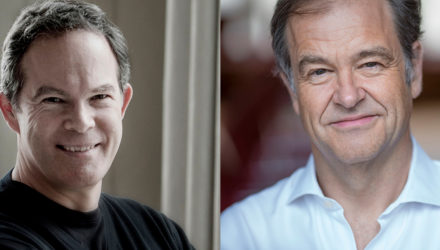 For the final concert in the 2018 Temple Song Series, Julius Drake is joined by one of the great baritones of our day, the Canadian Gerald Finley. Hugely admired for his interpretations of Don Giovanni, Hans Sachs, Guillaume Tell, Falstaff and Oppenheimer in Doctor Atomic, Finley is also a consummate recitalist. His song recordings with Julius Drake for Hyperion have won Gramophone Awards on three separate occasions and concerts include regular recital tours of North America and Europe.

For his return to Middle Temple Hall, Gerald Finley has titled his programme Swansongs.
The final songs of Brahms, his glorious Vier Ernste Gesänge are performed alongside Schubert’s posthumous cycle, Schwanengesang.