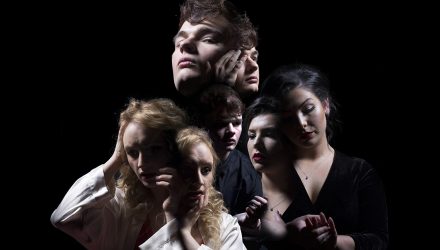 The popularity of Britten’s three chamber operas proper (The Rape of Lucretia, Albert Herring, and The Turn of the Screw) has tended to somewhat overshadow his brilliant adaptation of John Gay’s The Beggar’s Opera, the realisation of which was completed in 1948. Indeed, Britten’s harmonisations and arrangements of the pre-existing tunes, which he described as ‘among our finest national songs’, is so personal and idiosyncratic that the opera sounds like a totally original work. Despite the longish stretches of spoken dialogue, Britten brings all his usual techniques of dramatic characterisation to bear and binds the work together by effective use of leitmotif and meaningful key-schemes.

The scoring too is brilliantly imaginative with Britten varying the range and constitution of the orchestra almost from number to number. Dramatically too, the story chimes neatly with Britten’s preoccupations with the penultimate scene, where Macheath reflects on his fate in the condemned cell, remarkably foreshadowing the similar moment near the end of Britten’s next full-scale opera Billy Budd.