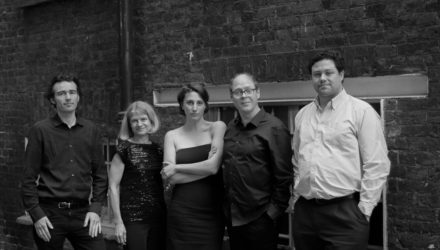 The london debut of the Braid Ensemble. The programme is entirely works by Welsh, London-based composer David Braid. The concert will include settings of R.S. Thomas, Thom Gunn, Bunyan, Shakespeare, et al alongside chamber works for clarinet, guitar and piano. Braid’s music is highly lyrical, and uses tonality and dissonance in a unique and highly original way that appeals to both specialist and layman alike. The performers: Emily Gray (mezzo-soprano), Peter Cigleris (Clarinet), Gerard Cousins (guitar) and Rossitza Stoycheva are world-class, internationally recognised soloists in their own right. The different cultures they bring to the ensemble, ranging from the operatic, to orchestral, and solo performer, bring a rich and broad range of interpretive ideas and practices to the project. A highly unusual instrumentation, the blend between the three instruments and voice is remarkable in its fullness and intimacy. The small size of the group allows for the distinctive playing styles of each player to come to the fore very clearly. This debut marks the starting point of what potentially will be one of music’s most original groups: www.braidensemble.com