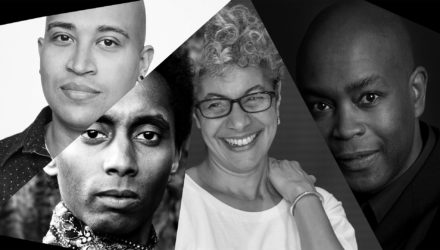 Composer and filmmaker Des Oliver showcases the music of composers who featured in his landmark online series Identity and the Anxiety of Influence.

Completing the concert is Des Oliver’s musical response to the underlying themes of influence, heritage, identity and representation in his new work The Diasporic Quartets. Consisting of four portrait movements, the piece builds on his documentary series, taking inspiration from the music of each composer and their interactions during filming, interspersed with excerpts from the documentary that inspired this concert.

Identity and the Anxiety of Influence was commissioned by Sound and Music for the British Music Collection.