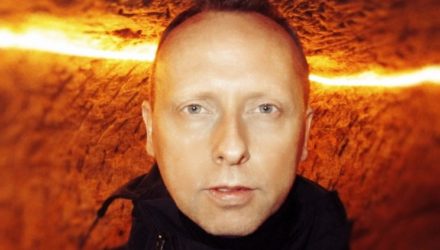 Scanner (British artist Robin Rimbaud) has been intensely active in sonic art, producing concerts, installations and recordings for over a quarter of a century, connecting a bewilderingly diverse array of genres. He scored the hit musical comedy Kirikou & Karaba (2007) and Narnia ballet (2015) based on the popular children’s book, Philips Wake-Up Light (2009), and was the first sound artist to be commissioned by Tate Modern London in 2005. In 2019 he designed the sound for the Cisco telephone systems used in offices around the world, whilst his sound work in Vex House in London was voted as RIBA House of the Year. His work Salles des Departs is permanently installed in a working morgue in Paris.

The Engine Room is a Morley College London initiative, continuing Morley’s legacy as a leading centre for electronic and experimental music and sound art. The Engine Room is a platform for the exploration, education and promotion of experimental sound and music. It aims to engage with students, emerging and established artists to encourage and promote new work. The Engine Room holds annual events, showcases and exhibitions. Previous events have included a festival, conference, competitions, exhibitions and performances. Courses are offered as part of Morley’s extensive portfolio of courses.