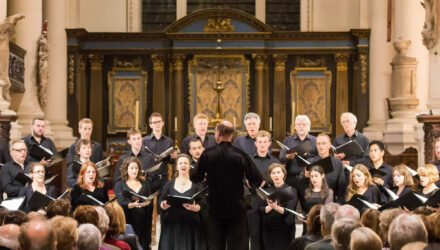 The Fifth Continent with The Holst Singers

JAM on the Marsh celebrates the 75th birthday of one of the UK’s most celebrated composers, Paul Patterson, by revisiting his Romney Marsh-inspired piece The Fifth Continent, commissioned by JAM in 2005. This piece, with words by Ben Kaye, is one of JAM’s most audience-pleasing commissions, which has had multiple performances across the UK and beyond.

The Holst Singers, one of the UK’s finest choirs, makes its festival debut alongside Onyx Brass, Simon Hogan and Rebecca Afonwy-Jones, conducted by Nicholas Cleobury, who becomes Festival Curator next year. Paul Patterson will introduce The Fifth Continent, giving us all the opportunity to wish him Happy Birthday!