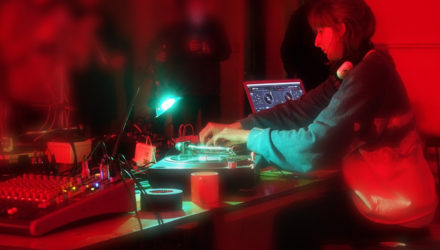 Slim Vic & Graham Dunning
A new collaboration between the two experimental turntablists sees a split release of locked grooves designed to be played across ten turntables. In a unique performance the artists will de- and re-construct their compositions in a live improvisation.

AKB
Behind the name AKB resides instrumentalist Anna-Karin Berglund from Gävle, Sweden. The first release under her own name came in April 2016 on the EP Söndagsbarn (via Lamour Records), on which the four tracks carries clear influences from the 70-80’s ambient with its space-fragrant, cosmic soundscapes.
https://