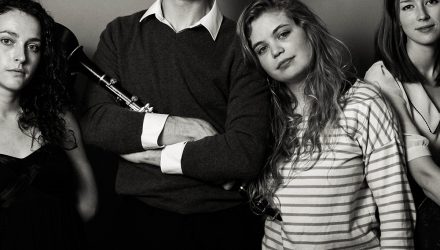 To mark the centenary of the Russian Revolutions, contemporary quartet The Hermes Experiment have collated a programme of musical responses to these historic turning points featuring works by major Russian composers of the early 20th century alongside three specially commissioned pieces by contemporary composers Emily Hall, Joel Rust and Timothy Salter.

The group’s debut performance at Kings Place will also include the quartet’s own response to the revolutionary theme with free improvisation, a new piece inspired by the early electronics of the Russian avant-garde devised in collaboration with Jethro Cooke, and new arrangements of works by Mosolov, Prokofiev and Rachmaninoff.