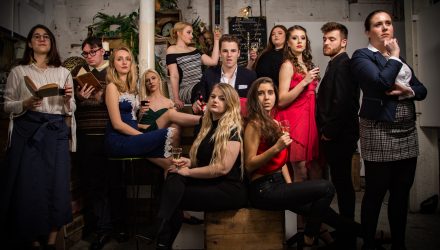 new operatic production, The Paradise Club, by Gina Perry and Adriana Festeu is in development and will be debuted at the festival, performed at Mabgate’s Studio 24. This brand new narrative weaves together scenes from existing operas, and plays with our expectations of the form and function of traditional opera through the lens of a hard-hitting contemporary story.

The Paradise Club is a legend among clubbers – a fortress hidden in a forest where exotic animals stalk the grounds while revellers get lost in euphoria for days at a time.

It’s clandestine, decedent and owned by the notorious business mogul, Don G. No one gets in unless they’re rich and glamorous…or they know the right people. And for once in his life Jules knows someone who can get them in, so he takes his girlfriend Tasha as a birthday surprise. Only to discover that it isn’t quite the utopia they were promised.