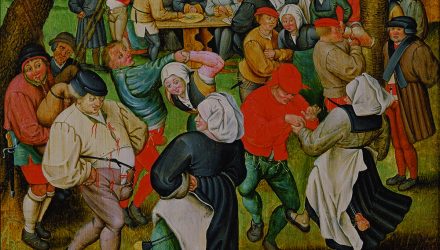 The Tale of Januarie

The Tale of Januarie is a new opera by an all-Guildhall School team based on Chaucer’s The Merchant’s Tale.

Januarie, a wealthy knight has reached old age and decides it is time for him to marry. He selects May, a young girl, to be the companion of his dotage. But his servant Damyan is quickly smitten by the new bride, and she with him and despite Januarie’s controlling nature, the lovers must find a way to consummate their passion.

A comedy of love and age, the opera is sung in Middle English in order to enhance its authenticity, but also to heighten the comedy. Singers, drawn from the School’s Opera Course, will sing the premiere of this exciting and hilarious new work, having followed its development from page to stage.

This project has been partially supported by the Arts and Humanities Research Council through the ‘Cross-Language Dynamics’ OWRI Project led by the University of Manchester.