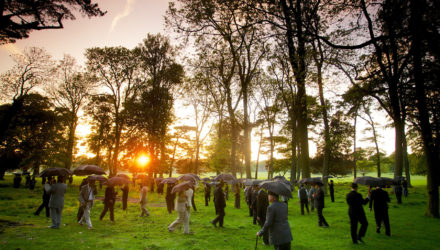 I Reach Right Up to the Sun is being specially created to be performed among the exhibits for Henry Moore at Houghton Hall – Nature and Inspiration. All the music is written specially for the 100 voices of the choir by composers Karen Wimhurst, Helen Chadwick, Orlando Gough and Voice Project co-director Jonathan Baker. As ever the choir will be conducted by Jon’s fellow Voice Project co-director Sian Croose.

Jon and Sian have worked closely with Houghton Hall to create a promenade performance that allows the audience to gently stroll around the exhibits and view them from a fresh perspective, creating a new interaction between sculpture and ethereal vocal music.

The exhibition is the first significant show in East Anglia of Moore’s work. It sits alongside Houghton Hall’s permanent exhibits which include iconic works by landscape artist Richard Long, Rachel Whiteread and James Turrell.

The Voice Project was founded in 2008 by Sian Croose and Jonathan Baker as an education charity. The choir is totally open access and anyone can join whether they have any experience of singing or not. Despite this, their performances are produced to exacting professional standards. The choir has been regularly commissioned by Norfolk & Norwich Festival and performed with significant significant guests from the jazz and contemporary music fields.