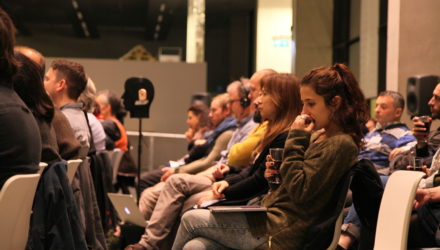 Lydia Kavina is one of the leading performing musicians on the theremin. She began studying the theremin at the age of 9 under the direction of Léon Theremin. Lydia’s most notable recent works were solo performance in Danny Elfman’s UK concert tour with BBC concert orchestra and London Concert orchestra (2013-2014), as well as the theremin solo in ”The Little Mermaid”, a ballet by Lera Auerbach, choreographed by John Neumeier, in Copenhagen New Opera House, Hamburger Staatsoper and Beijing Tianqiao Theater, (2005-2015). Lydia played for a number of film soundtracks including “Ed Wood” and “eXistetnZ” with music by Howard Shore and ”The Machinist” by Roque Banos.