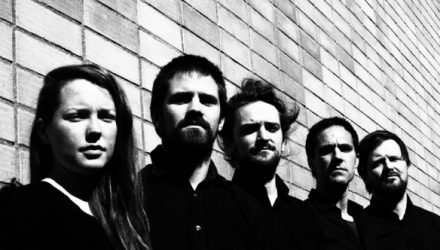 This project was originally commissioned as part of the conexions series by BBC Radio 3 Late Junction presenter Fiona Talkington with Nasjonal Jazzscene in Oslo, a two year series bringing together British and Norwegian musicians.

“I’ve worked with Thomas Strønen on a number of projects over the years, inspired by his invigorating creativity, and his superb mastery of his instrument. He was a key figure in my conexions series and the emerging collaboration which involved Kit Downes and Lucy Railton from these shores, proved to be a magical one.  It has been a joy to watch the project take off in such a huge way, with international touring and an ECM release.  I always hoped that musicians would enjoy working with each other in the series, but when they grow and develop, as Time is a Blind Guide has done, bringing in new musicians, and writing new material, it shows the strength and beauty of the original concept.” Fiona Talkington

This event is part of our Scene Norway Oxford series.