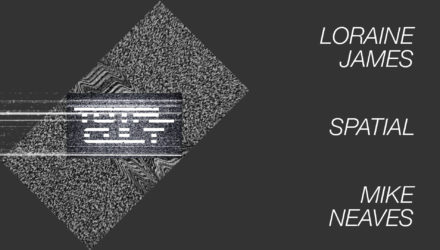 After a year-long hiatus, the crew behind Walthamstow’s acclaimed (and frequently imitated) monthly experimental music night MORE NEWS FROM NOWHERE are back with a new venture and spreading further afield – showcasing the best in London’s underground and experimental music with a series of occasional one-off events around the capital.

The second of these events showcases some of the most interesting homegrown dance music London has to offer, with a headline set from 2018 Daphne Oram award winner LORAINE JAMES. James combines influences from the world of electronic music such as Aoki Takamasa, Telefon Tel Aviv and Toe, with an eclecticism borne of growing up in London in the 1990s and 2000s. garage, rave, math-rock and chart pop references are combined into a pulsating, and intricate collage which is as joyful as it is thought-provoking. After releasing her debut album ‘Detail’ with DIY collective Fu Inle records in 2018, she returned with 4-track EP Button Mashing on New York Haunted in 2019 – a more personal record which speaks to her experience as a queer black woman, while also developing her sound which combines glitch, footwork, ambient and bouncing techno, even further.

In support will be Dub-techno veteran Matt Spendlove (a.k.a Spatial), with his first London performance of a new AV piece for 4.1 surround, and Mike Neaves, whose intricate, hypnotic techno (showcased on 2019 release ‘Black Sauce’ combines delicate, hypnotic instrumentation with visceral, body-first bangers.