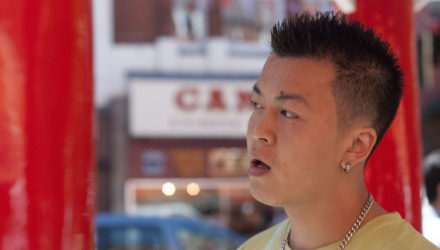 As part of the new season of Luminate we couldn’t be more excited to announce a very rare performance, from Triad God AKA Vinh Ngans.

Very little is known about the Cantonese-rapping, UK-based enigma, whose elusive presence has nonetheless been fleeting around ever since he appeared with his beautiful debut ‘NXB’ in 2012, set to a beguiling sonic backdrop by Palmistry.

‘From the intimately cinematic mise-en-scene of the intro, thru to the soft-touch choral ambience of ‘So Pay La’ and ‘Gway Lo’, to the Jesus-arms dancehall bumps of ‘BDG’, the angelic cadence of ‘Dill’, and the MIDI meditation of ‘Hay Wan’, it’s the kind of record that quietly demands your attention while never quite looking you in the eye/ear, and does so in the most beguiling style. A total beauty.’ Boomkat