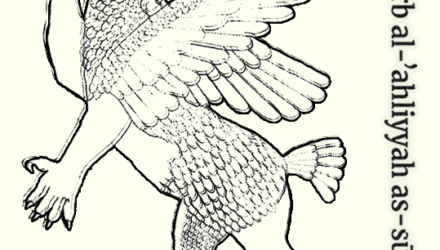 Arts and activism platform Tse Tse Fly Middle East will be resident in Yinka Shonibare, MBE’s East London studio as part of the renowned artist’s Guest Projects initiative from March 5 to April 1. The month-long residency will feature a selection of events under the banner title Al-ḥarb al-ʼahliyyah as-sūriyyah and marks the eighth year of the Syrian Civil War. The residency is intended to draw attention to the multiple layers of humanity affected by the civil war, disrupting preconceptions and kick-starting conversations about how the modern world reacts to human rights and socio-political catastrophes.

March 24 is the residency’s finale. For Syria is a night of film and live experimental music performances commissioned specifically for the residency in response to themes of the Syrian Civil War. The night will consist of three separate multi-media performances from Jack Everett and Soojin Chang, George Sorour and Mar-yam Nazari. Entry is free but space is limited so please register for free tickets via the link provided.