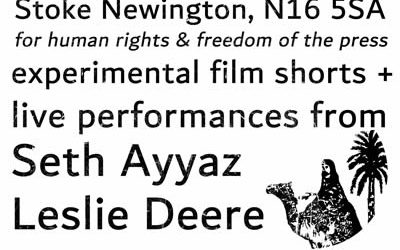 Tickets are £7 in advance (email info@tsetseflymiddleeast.org to add your name to the £7 list) or £10 on the door.