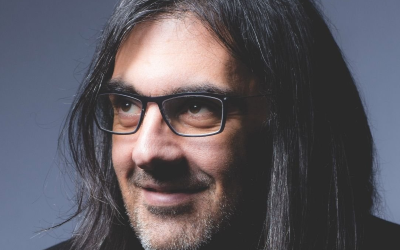 A new year, and a brand-new masterpiece from Unsuk Chin, the poetic, dazzlingly original musical mind behind the opera Alice in Wonderland. She’s called it Shards of Silence, and it prepares the way for a musical journey back to the 1920s – when Sibelius and Bartók found equally astonishing, equally uncompromising new ways of listening to the world.

This is Chin’s second violin concerto. Her first is already a modern classic, and she hadn’t planned to write another – but when she heard the playing of Leonidas Kavakos, she broke her own rule. Naturally, he’s the soloist for tonight’s world-premiere performance, and since history demands context (even while you’re making it) Sir Simon Rattle completes the programme with Sibelius’ Seventh Symphony and Bartók’s brutal, brilliant Miraculous Mandarin Suite.