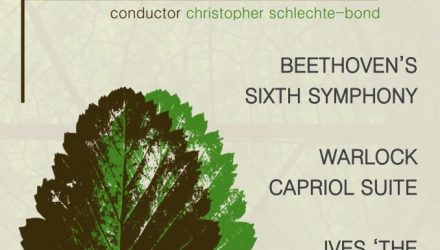 VirtueOrchestra presents its first concert of 2017: a stunning set of positive and exciting orchestral music from the 19th, 20th and 21st centuries that are guaranteed to put a smile on your face as we celebrate the arrival of spring.

Beethoven’s jolly and rustic Sixth Symphony (also known as the ‘Pastoral Symphony’): a dramatic evocation of the triumph of peaceful nature over earth-shattering thunder.

The foot-tapping rhythms and merry parody-tunes of Warlock’s Capriol Suite for strings.

Tickets are £10 or £5 for students. Tickets can be bought on Eventbrite (link up above) or at the door.