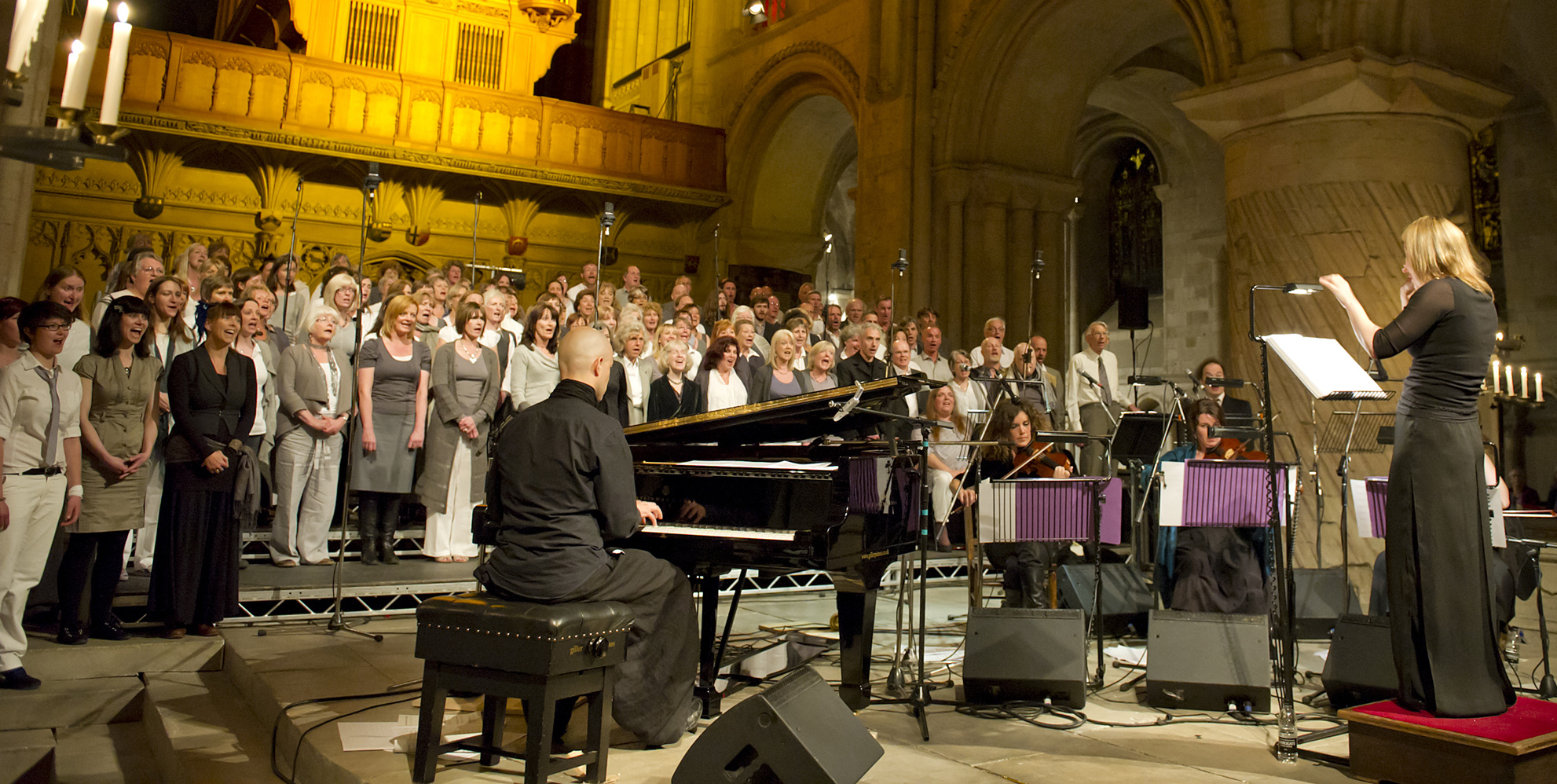 Voice Project Choir explore The Distance Between Us in Norwich & Brighton

The Distance Between Us was created during lockdown 2020 as choral diary of the winter months when we were unable to meet in person and of course the choir was unable to come together to sing. It was always intended that it should be performed live but as restrictions remained in place co-directors Sian Croose and Jonathan Baker decided to create a film version. At Richmond International Film Festival in Virginia USA the resultant 40 minute feature went on to win Best Experimental Music Short earlier this year.

Now the time is finally ripe for the live version which can be seen at Norwich’s St Andrews Hall on Saturday 28 January and St George’s Church, Brighton on Saturday 11 February. Both dates feature two separate shows at 6pm and 8pm. As with all their live shows the performances will incorporate movement and theatrics, bringing the shows to life.

The 100+ voices of the choir will be joined by experienced professional singers and instrumentalists, staging the songs in a unique and dramatic fashion to produce an uplifting and original performances.

The Distance Between Us is devised and directed by the choir’s co-directors Jonathan Baker and Sian Croose. It acts as a collective choral diary of the autumn and winter months during lockdown. It records a very unusual time in all our lives, one that connected people across distances when they could not meet in person and found the choir singing together whilst apart.

Jonathon Baker said ‘It’s a real joy to get back to singing in person and to be performing The Distance Between Us live. Having previously made it into a film, it is especially gratifying – the singers in the choir seem to really enjoy being back in each other’s company’.

For full details and to book visit www.voiceproject.co.uk

Founded by experienced singers and artists Sian Croose and Jonathan Baker in Norfolk in 2008, The Voice Project Choir is open to all. It’s a true open access community choir in the most literal sense, absolutely anyone can join whether they have any experience of singing and music or not. There are no auditions and everything is taught by ear. Despite this their performances are produced to exacting professional standards. This has led to performances broadcast on BBC Radio 3 and on TV in Britain on BBC 1 and ITV. They were profiled and featured on national TV in France, perform at jazz festivals in the UK and Europe and now maintain choirs in both Norwich and Brighton.

The choir perform music that is specially written for them, often by internationally-renowned composers and present it in innovative, theatrical ways to create spectacular events that live long in the memory.