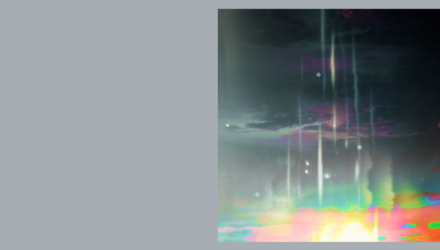 London-based experimental electronic producer nomorewillroam (Ghost Kings Of The Five Regions, WORSTWORLDPROBLEMS) releases his debut LP on 29th September through Warm Laundry Records. Afflicted recordings of piano, flute, guitar and synths conjure an atmosphere that effortlessly segues from sorrow and foreboding, to calmness and serenity, to expectation and excitement. Kilter encapsulates the continuous fluidity of being; it is the tumbling sound of light and dark; life and death; presence and absence.

He will be performing live at IKLECTIK to celebrate the album’s release, supported by Zeyn Mroueh.

nomorewillroam:
Of American and Cypriot descent, Greg Dugan a.k.a. nomorewillroam started producing music while living in Cyprus in 2011, before moving to the UK a year later where he continued to develop his sound. In 2016 Dugan joined Ghost Kings Of The Five Regions as bassist and in 2018 he co-created the alternative Hip-Hop group WORSTWORLDPROBLEMS, where he remains as producer and vocalist. nomorewillroam is influenced by an extensive range of genres from post-rock and metal to electroacoustic composition. His music guides the listener melancholically through intimate soundscapes, which feel vulnerable yet unafraid.

Zeyn Mroueh:
Zeyn Mroueh is a Cypriot-born, Lebanese-Palestinian musician creating industrial soundscapes and experimental noise music. He composes primarily on the guitar using an array of pedals and samples to distort and manipulate traditional music into atonal sound experiences.