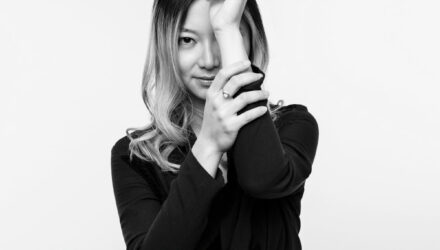 On March 7, Bang on a Can presents the video premiere of Bang on a Can All-Star Vicky Chow’s performance of Michael Gordon’s Sonatra as a Watch Party. The program will include a Q & A about the work with Chow and Gordon, moderated by Ethan Iverson, also a pianist, composer, and critic best known for his work with the Bad Plus. Aside from Chow’s album release of the work (released February 23, 2018 on Cantaloupe Music), this new video made by Denver-based director, writer, and cinematographer Souki Mehdaoui, is the only other recording of the piece.

“It’s by far the most challenging piece of music I’ve worked on,” says Chow. “When I first looked at the score, I knew immediately that I’ll live with it for the rest of my life. Every few months, I slowly worked up each section, like chipping away at a slab of marble. I had to pace myself, push myself, and be sharp at every twist and turn, or else I’d trip and fall flat on my face.”

The Watch Party will include demonstrations of the work’s difficulty by way of brief excerpts performed by Chow in her home, alongside a display of the score.