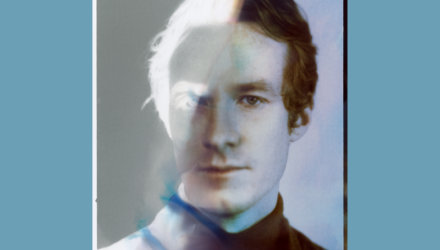 To celebrate the forthcoming vinyl release of Slowly Arranged: 2016-2019, we are thrilled to announce a special ambient performance from the Mercury Prize-nominated artist, William Doyle. This is a rare opportunity to hear a different side to one of  the most inventive and exciting artists the UK has to offer.

It’s nearing a decade since William Doyle released his Mercury Music Prize-nominated debut album, Total Strife Forever, as East India Youth in 2014. A year later, he had toured the world and was releasing his second album, Culture of Volume, but it would be another four years before Doyle returned with his third full album, and the first official release under his own name.

The dizzyingly ambitious Your Wilderness Revisited arrived in 2019 and was followed last year by the artpop masterpiece, Great Spans of Muddy Time.

In the years between leaving the old project behind and re-emerging under his own name, Doyle self-released a string of ambient-leaning albums, The Dream Derealised, Lightnesses Vol I & II and Near Future Residence, which are now to receive a first vinyl pressing via Tough Love as both a highly limited four LP box set, titled Slowly Arranged: 2016-19, and as separate albums.

Co-presented with Eat Your Own Ears.