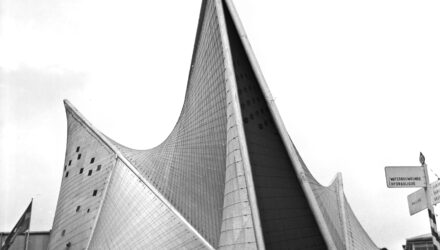 Step into the musical world of Iannis Xenakis in his centenary year: a ferociously intellectual world in which the mathematical forces which govern the atoms and elements making up our physical beings also provide the basis for musical form and understanding. Xenakis’ joyously visceral aesthetic shocked even the musical avant-garde in the 1950s, and even now comes across as stunningly and unpredictably futuristic, even as its subject matter conjures up ancient gods and monsters.

The London Sinfonietta has long had a close relationship with Xenakis and his music, commissioning and performing the premiere of Phlegra in 1976, and with the composers who drew influence from Xenakis’ new sonic architecture.