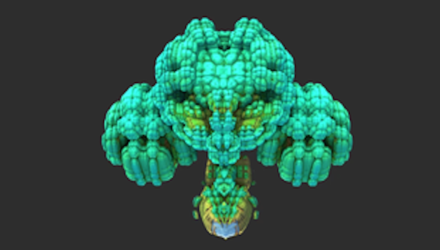 Kristina May
Kristina May is a London based musician from Moldova who is always exploring deep sounds. From their more experimental excursions to the relentless obscure beats, you will always find something exotic and interesting to hold on to.
https://soundcloud.app.goo.gl/dTb3duhRmR5Y7GnHA

Loose Association
We are the Loose Association of Cinema and Sound, an audiovisual performance collective bringing together musicians from the band Los Capivaras, the audio-visual collective SENSE and the underground film club Cinniclub 15.
For the love of experimental soundscapes and moving images, our practice unfolds through improvisation, multilayered storytelling and collective immersion.
The core of our group is composed of Patricia Puertas; Xuân Sinden; Bernardo Varela; Manon Schwich; Lala Padula; Giovanna Busato; and Denise Padrón Benítez – but we are ever so often joined by friends and allies.
We are the same in different shapes and we play around with electric waves, sound and video frequencies since 2018.
https://vimeo.com/user108157619

Jeph Vanger
Jeph Vanger (b.1989 in Athens) is a sound artist and composer working between Athens and London. The interaction between sound, space, and the body is an important part of his artistic practice. He has worked in the fields of dance, theatre, and art installation and has received the Norman Cook (aka Fatboy Slim) Digital Music and Sound Arts Breakthrough Award during his studies at the University of Brighton in 2017. He is also one of the Composers-in-Residence for 2021-22 at Elektronmusikstudion (EMS) in Stockholm, Sweden, supported by the Stavros Niarchos Foundation Artist Fellowship ARTWORKS (2021).
His personal projects and collaborations have been exhibited and performed in institutions, theatres and organisations in China, the UK, France and Greece, including: Today Art Museum in Beijing, Sadler’s Wells, Fort Process festival (UK), Onassis Cultural Centre, Megaron – The Athens Concert Hall, and ICI – centre chorégraphique national de Montpellier (France). His works often combine multi-channel sound systems, modular synthesizers and handmade sound sculptures, focusing on the physicality of sound in space as a moving and raw entity.
—

Bubble People
Bubble People (aka Jasper Sdougos) is a neo-psychedelic electronica act from London, UK. This is bio-scene music, fusing together shattered breakbeats and sentimental melody with heavy sub bass.
Jasper Sdougos has over 10 years performance experience and has appeared at venues in the US and across Europe.
http://bubblepeople.co.uk

PANSPERMIA / Rothie Daime
“PANSPERMIA a.k.a. DNA FROM OUTERSPACE is a project born out of the audio pools of Social Paradox, FRK and Freexta, acting as an altered state of the tekno mind, it is exploring certain areas of the unconsciou