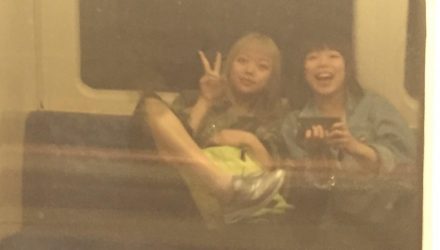 A collaboration between visual artist Yi-Ling Wo and classical percussionist Wai-Nok Angela Hui inspired by the visual language within musical notations of Pierluigi Billone’s Mani.Gonxha.

Wai- Nok Angela Hui is a London- based percussionist, finished her Master of Music in Performance with distinction at the Royal College of Music. She was one of the percussion finalists in the BBC Young Musician of the Year 2010. She has performed with the BBC Symphony Orchestra through the Pathway Scheme, and has performed across the UK, Europe and Asia as a soloist and chamber musician with renowned musicians, such as Nebojsa Zivkovic and

The act of making is often at the core of Yi’s practice, the correlation between the ways of making and a chosen subject matter is often one of the most asked questions along the process. Although the meaning of an item is bound to change through time, the nature of its materials or the logic behind a setup are often determining factors of what the piece represents, and the initial interaction in making an image/object is often unavoidably part of the subject matter itself. The reality of a visible subject matter often becomes the question when it is not derived from or related to the process itself, and sometimes as time passes and when the outer subject matter looses significance, it becomes the vehicle for delivery. What is significance of a subject matter, the only immaterial presence that is set within imagery and physical objects? This dilemma has for a long time been a subject of interest for Yi-ling Wo.