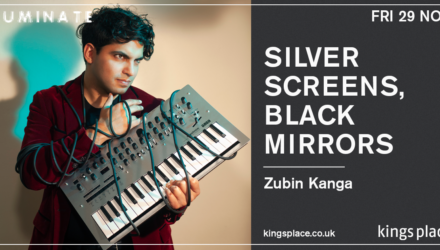 The centrepieces are two of Nicole Lizée’s famed Criterion Collection works, using loop and glitch techniques to delve into the classic films of David Lynch and Martin Scorsese. The 30-minute David Lynch Etudes receives its UK premiere, riffing off clips from Twin Peaks, Mullholland Drive, Lost Highway and Wild at Heart. Scorsese Etudes, premiered by Kanga at HCMF, features clips from Goodfellas and The Wolf of Wall Street.