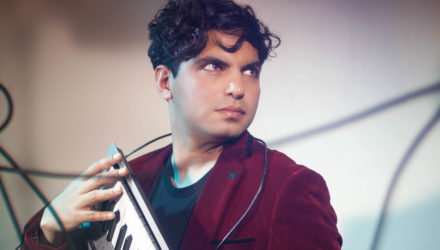 Zubin Kanga // The House of Bedlam

Catch London and Sydney-based pianist and composer Zubin Kanga and experimental group The House of Bedlam, as they perform an evening of new music at The Victoria, Dalston.

Having a particular interest in interactive technologies, specifically through how the role of the pianist can be extended through live and fixed electronics, film, live video, motion sensors and AI, Zubin has toured internationally as a soloist and composer, as well as performing with international new music groups and performers including Ensemble Plus-Minus, Steve Reich and Beat Furrer.

Founded by composer and performer Larry Goves, Manchester-based ensemble The House of Bedlam have performed at the Huddersfield Contemporary Music Festival (hcmf//), Faster than Sound, the CCA in Glasgow and have been broadcast on BBC Radio 3. They released Talking Microtonal Blues with nonclassical in 2013.