Technology and comfort – having those, people speak of culture, but do not have it – Thomas Mann, Doctor Faustus.

Those of us who participated in or merely remember the 1980s often compare the present unfavourably with that era of hyper-political protest music. This lament is heard so often that it’s almost truism, yet is it simply that we’re now too old or out of touch to perceive what’s going on under our noses? This possibility has to be faced. Yet younger people (many of whom are fascinated by the music of the 1980s) also ask similar questions.

It is quite possible that contemporary protest music is overlooked because it doesn’t fit into established patterns and genres. Grime can certainly have a political edge, but as a predominantly underground/specialist genre it still doesn’t spill over into popular consciousness as readily as rock or rap. Questions of visibility are central to this issue.

It is also possible that work is perceived by its creators as political but not perceived by the wider audience in this way. It may be too personal, too subliminal or too anti-aesthetic. Alternatively, it may be subject to soft censorship but cultural gatekeepers or its signal may simply get lost in the general din of cultural hyper-production.

To assess whether political music is less visible (I am not sure that there is less in total), I will conduct a small thought experiment. Is it possible to imagine BBC2 broadcasting a filmed studio performance at evening peak time featuring a group as radical as the British industrial group Test Dept? Furthermore, is it possible to imagine BBC2 commissioning such a group to produce an hour-long state of the nation film with an uncompromising anti-Thatcherite message and broadcasting it? (if only once). I am happy to be proven wrong, but I submit that neither the studio appearance (Gdansk, 1985) nor the film (Albion, 1988, in collaboration with the composer Steve Martland) would ever be allowed now.

Our current culture of populist excess (which I believe we can now call neofeudal) makes the steroidal Thatcherism of the 1980s seem genteel and restrained. Musicians wishing to confront political issues directly now face an infinitely more complex and dangerous context, thanks partly to processes unleashed in the 1980s.

If the political stakes are now infinitely higher, so too are the risks. Radical artists of the 1970s and 1980s might expect to have their post monitored or their phones tapped and it is known that police informers deliberately infiltrated subcultural scenes. It seems unlikely, to put it mildly, that the authorities have renounced such practices, but in some ways they are less necessary. We all participate in daily digital self-surveillance, constantly compromising ourselves through trails of incriminating data. Anyone wanting to directly confront political questions and powers will be aware of how they expose themselves to attack and interrogation. Some of the political silence that we perceive may be due to the successful deterrent effect exerted by the awareness that we live in the most intensively (self)-surveilled ‘Western democracy’.

Moreover, this is no longer just a ‘top down’ process.  The hyper-stimulated online environment is one of perpetual, Manichean cultural warfare. These dynamics, visible across the political spectrum, also affect the reception and production of culture. Only culture that is fully compliant with the most binary orthodoxies of a particular constituency is immune to organised online attack. There is a constant process of silencing and self-silencing at work.

This may not deter directly agitational work linked to a specific agenda, but it may well fatally compromise political work that might otherwise have the potential to spill over and to reach beyond the intended audience. Agit-prop can have a valuable role to play in political campaigning, but it can also limit and pre-neuter aspirant political music or art.

The complexity of the current political crises is in direct conflict with the aggressively simplifying force of online culture. Art that announces itself in advance as pure and beyond suspicion is not best equipped to take the fight behind enemy lines. Complexity, shadows and ambiguity can be potent creative weapons, but I believe many now choose to avoid the necessary risk of misunderstanding.

Confronting politics in a deeper, artistic way can also take the form of dispassionate presentation and examination of political and cultural problems and leaving the audience to draw their own conclusions. This may also entail accepting not just the possibility that doubts will be cast about your true intentions, but even going further and taking the risk of being prepared to be the bearer of ill tidings, being scapegoated and assuming the role of what used to be known as a Folk Demon, perhaps even by those you assumed were allies.

Apart from the very real deterrent factors I’ve described, I believe that the absence that people detect may not be an absence of political music as such. It is an absence of work that goes deeper and critically analyses or even dramatizes the contradictions of the systems that dominate our environment. Yet the producers of such work may have to accept the risks of being ‘shot by both (or many) sides’, as the English post-punk group Magazine put in 1978. It may mean operating deep in enemy territory, far beyond easy reinforcement.

Another reason that there is less (visible) space for resistance is that what were seen as anti-establishment values and practices have been comprehensively annexed and privatised by the dominant culture. Values once associated with resistance are now central to the Neofeudal logic: spontaneity, improvisation, disruption are no longer the watchwords of subcultural warriors but of HR departments, hedge funds, entrepreneurs and their cousins in commercially-focused arts administration.  Under the privatisation of the future and of utopian idealism they are hyper-conformist values.

This is one reason why I’m sceptical about the belief that 1970s improvisational techniques (and the associated ideologies) can be directly and un-problematically applied to the present as a liberating praxis. Whatever its intentions, the conscious resurrection of 1970s artists and ideas is also part of Neofeudalism’s strip-mining of past futures. The constant stream of revivals and reissues (including of once political music) diminishes not just the space, but for some at least, the need for anything new. This is not to say that historical forms can have no relevance, but the scale of their resurrection can make it even harder for all current artists (let alone those engaging with political controversy) to make themselves heard.

The final deterrent factor is the daily more precarious nature of existence. Given a choice between producing more conformist/less confrontational work and receiving at least some income or going into dangerous territory and risking both short-term loss of income and long-term drying up of work through withdrawal of commissions, it is understandable that many choose the path of least resistance.

Desperate as the times are, they are not yet so desperate that many are prepared to risk everything in a full-frontal assault on an apparently impregnable objective. As conditions become more catastrophic this may change, but for now many (understandably) prefer not to sacrifice not just a possible career, but also the means of bare survival. Moreover, in a worsening situation may be even more reluctant to give up the technological and cultural comforts with which they anaesthetise themselves even in the midst of struggle (I am certainly guilty of this).

So is there an alternative? For the reasons discussed, I am not sure if an ‘alternative culture’ in the 1980s sense can still exist, but I do believe it is possible that an alternatively executed political music or art can have an effect. What would this look like? I cannot say. Or rather, I should not say. One of the most frequent tactical mistakes made by current activists and artists is trailing their intentions publicly and exhaustively self-analysing their techniques in the hope of inspiring others to follow in their wake. Yet these techniques are as likely to inspire a digital marketer or advertising executive as an angry young (wo)man.

What I can say is that the political music and art I by other means that I imagine would require the application of arduous principles. Those who aspire to it must remember the virtues of stealth, surprise and diversion. Camouflage your intentions more than you advertise them. Be prepared to act alone and to sustain friendly fire. Don’t be afraid to counter-appropriate the symbols of your opponents.

Consider how your work may be perceived if it spills out of the concert hall or the specialist club night. Accept that it may be misunderstood. Hope that it can interact positively with the wider culture without sacrificing its artistic core but understand that this may not be possible. Know that it may fall on stony ground or that it may not be appreciated until long after it is executed. Do not sacrifice artistic integrity for the short-term hit of ideological and cultural approval.

The cultural potential and need for alternatively executed political music may be greater than ever before, but without honestly confronting and learning from the issues discussed here, I fear we are likely to see many more such articles in the years to come.

Alexei Monroe is a writer, editor, non-aligned cultural theorist and critic and Research Fellow at Burren College of Art, Ireland. 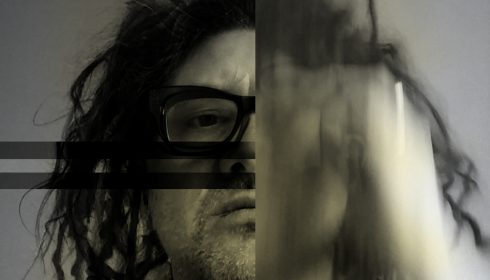