You’re alone, all the time. Does it ever puzzle you? Have you asked why?

2021 hasn’t perhaps brought us the fresh start most of us were desperately craving. Understatement of an already long year.

But I do believe it really is never too late to stop, look, listen to your heart and hear what we’ve been screaming from the top of our lungs FOR TIME.

Lockdown #3000000, fatigue of Zoom fatigue, visa doom and the realisation that yes, Oliver Dowden is indeed still Secretary of State for Culture, Media and Sport and hasn’t decided to elope to Barbados along with the rest of the British elite. It does seem like we are standing at the edge of the precipice, staring down at the bleakest cultural landscapes of a generation.

Yet, amongst the chaos, I realise there is wonder still, in that view. There is resilience and innovation, people rallying around communities and reminding us of why we’re here; and if I pause to breathe, I see hope, creativity and I refuse to believe that all is lost.

Watching the likes of Nile Rodgers, Nadine Shah, Nicola Benedetti, Sir Simon Rattle and Guy Garvey collectively campaign for musicians’ rights, never have I seen such public and open solidarity between musicians, regardless of genre. Never have I seen such attention paid to the rights of the British music industries nor delighted so much in watching the bi-partisan grilling of label giants and streaming platforms.

Like a #BrokenRecord (thank you Tom Gray), we tweeted, wrote, screamed, sang and shouted about the broken industry and system. Now, it seems, people have the time and space to listen to us, and I hope it sticks this time. In some ways, a standstill has a silver lining. It gives us the space to stop – something we rarely allow ourselves to do – take stock of the landscape that lies before us and put things right.

As composer Errollyn Wallen asked at the start of her recent BBC Radio 3 Sunday Feature ‘Classical Commonwealth’ (if you haven’t already listened to it, this should be the next thing you do today):

“Let me ask you a question, if I say the words, British Classical music, what do you start hearing in your mind’s ear?”

Wallen goes on to highlight the rich, complex and nuanced tapestry of histories and cultures that feed into British-ness, if only we could be open-hearted enough to stop, look and listen to them (there it is again).

I couldn’t agree more. For those that may be yawning by the time they’ve made it this far, weary of those who continue to ‘tire on’ about the structural inequalities and discrimination many in our culture and society still face, I ask how enriching and broadening British arts and culture would ever be of any negative value? If someone turned up to your party with extra food, drinks and presents, you wouldn’t turn them away, would you? It’s about time we stopped this denial and embrace ALL who make up the rich cultural landscape that is Britain.

“There is no reason why major music institutions that tout themselves as international should continue to present all-white programs.”

Even campaign Brexit recognises the value of being a “Global Britain”, no matter how ironic that statement still sounds. In order to do so, the UK needs to let go of its obsession with its ‘glorious’ past and look forward with a touch of hubris. We need to decolonise our arts and culture if we are to remain relevant on the global platform. What better time than now, as we are forced to rethink and replan, to hit refresh and really address our industry’s most important issues surrounding race, gender and disability inequality?

Despite the times we’re in, artists continue to make and commission work that champions both the contemporary and contemporaneity. From Lola de la Mata’s I’ll show YOU my G-string’s celebrating fierce female and queerness; to Jonathan Higgin’s hotline piece Wallpaper (dial 0330 818 0351) looking at isolation from virtual spaces due to lack of internet access; to Nwando Ebizie’s multi-sensory opera Hildegard: Visions on neurodivergence and Afrofuturism.

My most recent work, ‘Instagram Opera’ nineteen ways of looking, uses social media to house an opera looking at the tripling of racism and hate crime towards the British East and Southeast Asian community, as well as human connection and loneliness. Shadwell Opera is about to launch a digital commission series marrying opera + technology in the form of binaural sound, featuring POC, deaf and neurodivergent composers. I hear whispers of new artist-run labels following in the footsteps of Imogen Heap’s Patreon-like app that allows fans to subscribe to her music on fair terms—a timely reminder that a musicians’ work is work that should not be given away for free.

It’s only natural that artists reflect the times we’re in but venues, curators and our media must join in efforts to shift the narrative, decolonise their programmes and festivals and invest in these voices. We need to abandon fake meritocracy. There is no excuse, no place—even Handforth Parish Council—where we cannot patently see and hear the advantages of a level playing field.

Programmes such as Errollyn Wallen’s ‘Classical Commonwealth’ should be a BBC mainstay, not just a weekend feature. We need to see the return of balanced broadcast and journalism that shines a light on the micro and macro of artistic innovation, not just broad strokes and larger institutional efforts. Squeezed budgets have led to diminished coverage of the Classical sector to the general public and as a result, its ingenuity relatively unheralded. We need to reignite education, passion and pride in our art. The biggest Classical music headline should not be the ‘Land of Hope and Glory-ers’ but of the excellence and courage of our artists and communities.

We’re facing some of the toughest challenges of a generation but I believe now is our chance to repair our cultural ecosystem and economics. It would be unforgivable to return to a system we know is broken at this juncture. It’s time to reclaim our cultural spaces, live and digital, and fill it with music by and for many, not the few.

I hope we’ll be listening together soon.

Jasmin Kent Rodgman is a British-Malaysian artist, composer and producer. She works across art forms to create pioneering music-led experiences, championing issues surrounding gender and cultural heritage. Follow her on Instagram or Twitter and listen and watch her works on YouTube, Vimeo and Soundcloud. 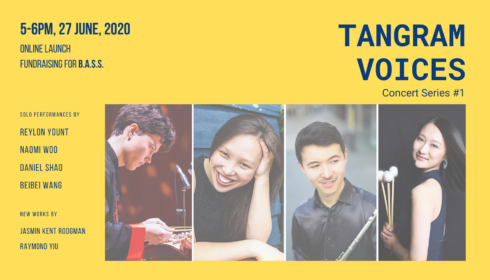 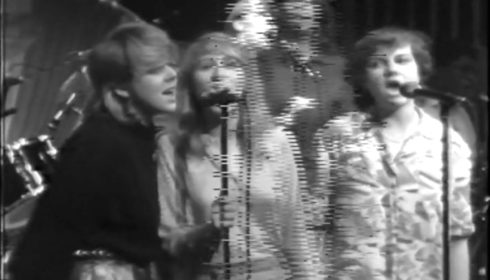 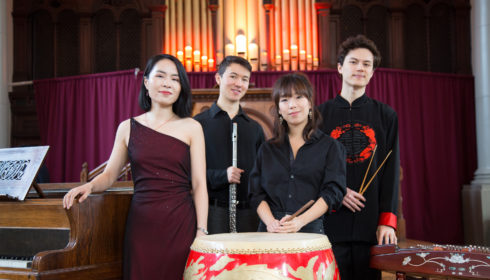 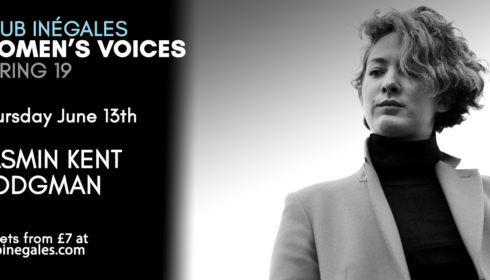 We are delighted to welcome Jasmin Kent Rodgman to Club Inégales, who will curate a very special night for us.