At a time where at least half of the world’s population is confined to their own homes, I’ve found it genuinely inspiring to see so many musicians being quick to explore live-streaming and video technology to share performances. Peering into the private salons of colleagues, friends, strangers, and celebrities often reveals new sides to them as artists, or their repertoire, or their taste in home decor.

But in this freshly pertinent medium of videoed performance, there’s a compounded isolation at play. The compressed proscenium of the screen, presenting the vista of an app’s window, offering a glimpse into the miniature stage of the living room, further compressed through optimised video codecs, tiny bitrates, and pithy character limits squashes us in a mise en abyme of increasingly chambered spaces.

This online topography is also a landscape of audiovisual compression artefacts; resolution dropouts, audio-clipping, and latency that define the quality of how we now experience the performance of music by others. Most conference and chat apps by default eliminate sounds that are not speech and blur parts of the image that are not faces, in accidentally anti-Cagean filtering algorithms. If you want to use these programmes, you have to abide by their narrowingly subtractive rules.

Fortunately, compression, glitches, and artefacts needn’t be considered as pejoratives; there’s a rich history of independent music and art-making that re-appropriates technical limitations as desirable aesthetics and creative catalysts. But as an audiovisual medium, I believe we find some of the most creative and radical models for domestic performance-to-camera-and-microphone, in cinema and film.

In David Lynch’s Lost Highway we see and hear the chambered technological space employed to terrifying effect in the movie’s famous party scene. Here, the elusive ‘Mystery Man’ stupefies Bill Pullman’s character (a free-jazz Saxophonist) by speaking to him simultaneously in person, and from Pullman’s own apartment via mobile phone (at 2:31).

Part-way through the clip we hear the Mystery Man laugh in unison with himself: both mediated and unmediated. It’s a subtle, but surreal and disturbing employment of latency-echo, explicitly using a lo-fi sound quality to disrupt and explode our sense and understanding of the technological and domestic spaces we inhabit.

The film-sound theorist Michel Chion describes this technological grain as ‘on-the-air’; a sound that ‘appears’ on screen, transmitted by electrical devices; telephone, radio, or TV outputs identifiable by the character of its reproduction. This is an immutable quality of most online home video performances; broadcast and received through the microphones, speakers, and webcams of smartphones and laptops. But when sound and image are locked-in and controlled so tightly within the compressed space of the app’s fixed viewpoint, it can often feel like a voyeuristic experience.

Chion throws us an-offscreen rope ladder though, reminding us that sound as a medium is not bound to a frame in the same way that images are, and so when used actively can function as a tool to create space, almost out of nothing. Alfred Hitchcock’s Rear Window (1952) presents a usefully anachronistic masterclass in this. In a weird portent of our current state, James Stewart—playing a photographer—is rendered housebound thanks to a broken leg. He entertains himself by spying (as a true voyeur) through a camera into the living rooms of the other tenants in his apartment complex all facing into a central courtyard. The mise en scène is uncannily similar to the layout of a Zoom conference, complete with a ground-floor composer-pianist.

But whereas the key scenes of the movie play out through the forensic fidelity of Stewart’s zoom lens, the accompanying sound is completely displaced – the action is heard as if from across the courtyard; quiet, bathed with ambient reverb, blended with sound from the street below and the music from the party downstairs, and narrated by the on-the-air sound of a police officer on the telephone. Masterfully, then, Hitchcock manages to conjure a distinctly active aural experience that expands the sonic space far beyond the 35mm span of the image.

It’s this ability of sound to pull us beyond the screen and understand and conceptualise spaces in imaginative ways that I personally find most restorative in the current moment. Just as the experience of hearing live music resonate in the concert hall can be a sensorially vertiginous affair, it’s been videos of performances that somehow let the medium (in all its on-the-air compressed glory) rub hard up against the expansive properties of live performance and sound, that have really struck and moved me.

For instance, in South Korea, a family of quarantined COVID19 patients were treated to a live rendition of Ave Maria performed just metres from their ward, live-streamed through the partition wall onto plastic-sealed laptop screens. This gentle, momentary expansion of space to just beyond the family’s doorway is unbearably poignant.

I was also greatly struck by a video from DabbledooMusic*, an Irish organisation creating primary school level music education resources. They published an event score inspired by John Cage’s Water Walk that encourages the performer to listen in new ways to sounds around the home. Thrusting their struggling-to-focus camera phone through houseplants, unprotected from distorting wind noise, DabbledooMusic’s own shaky, extreme-close-up, POV performance video makes all of our own tiny apartments feel like cosmoses of fresh detail.

So, I’m excited to see where musicians’ video performances evolve to over the coming weeks and months. Anecdotally I know of several artists tinkering with sophisticated subversions of Twitch, Zoom and other platforms, and many others actively developing their technology skills and setups. I’m hoping that we may see more people start to tease apart the sinews of software platforms and explore unusual audio-visual contracts in ways that continue to inspire us and expand our compressed realities. I know I need it…

* Credit to Andy Ingamells for drawing my attention to this on Twitter.

Neil Luck is a composer, performer, and director based in London. His music engages the physical and fallible nature of live performance in multimedia contexts, and attempts to frame the act of music making itself as something strange, useful, or spectacular in and of itself. He runs the performance group ARCO. 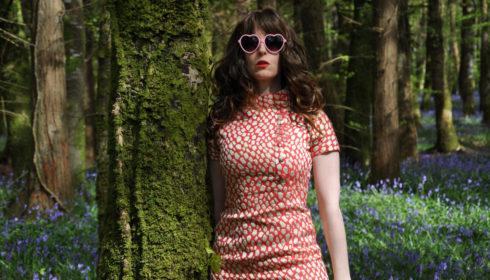 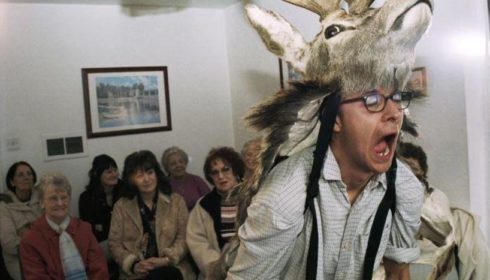 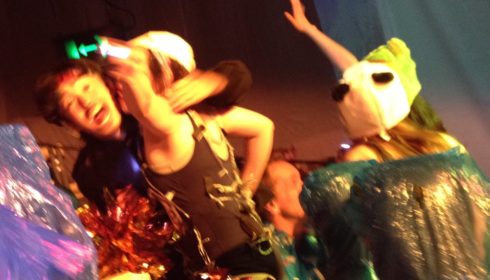 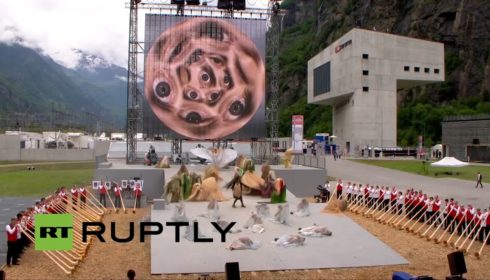 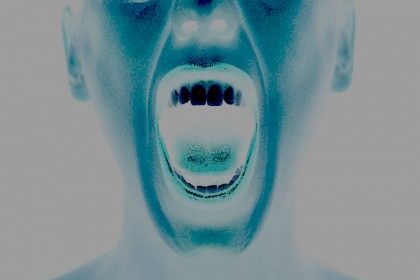