“Are tourists being “sold” an idea of this music? Tourist demand can distort the kinds of music that get played in an area. Songs can become repetitive very quickly..“ – Zeb Larson writes to The Sampler about the “Blues Tourism” in the Blues heartlands of America.

As late as the 1990s, blues tourism in Mississippi was still strikingly decentralized and, in many ways, absent. The state that certainly did as much as anywhere else to create and propagate blues music around the globe did not widely advertise its arguably best-known art form in a systematic or organized way. Clarksdale, home to blues champions like Son House and Muddy Waters (to name just two), scarcely advertised its own history until the twenty-first century. That changed because of blues revivals that began in the United States and Europe, curbing some of the outright competition that existed between promoters. Greater coordination led to the creation of the Mississippi Blues Trail, which highlighted the historical landmarks that dot the region.

People don’t just come to Mississippi to see markers along the road or visit museums to read about long-dead musicians, however. They want to hear music, and Clarksdale now leans into that. The Ground Zero Blues Club, owned in part by Morgan Freeman, opened in 2001 and offers live music for visitors, with decorations to make it feel like you’ve wandered into a juke joint. Clarksdale has just 15,000 residents, but has seventeen different music festivals that play in the city, and live music now plays every night of the week. The city’s economy (where nearly half of the city’s African Americans live below the poverty line) is overwhelmingly dependent on tourism.

This kind of blues tourism is hardly unique to Clarksdale or to Mississippi. Memphis’ Beale Street had helped to spread the Memphis sound and was home to blues stars like Furry Lewis, but by the 1970s it had become a virtual ghost town because of the city’s urban renewal policies. Today, Beale Street has plenty of music because of new clubs that opened in the 1980s and after, as well as its own music festivals. That’s been possible in no small part because of direct investment from Memphis, which manages Beale Street through a private corporation.

All of this has been met with a backlash of sorts. Critics argue that tourists come to places like Clarksdale or Beale Street because of a sense that these places offer “authentic” musical experiences and that they somehow offer a purer, more traditional experience. Are tourists being “sold” an idea of this music? Certainly, some of that happens. In a scholarly article on Clarksdale, musician Bill Abel famously referred to it as “Disney Blues”: packaged, accessible, and catering to people’s expectations.

Tourist demand can distort the kinds of music that get played in an area. Songs can become repetitive very quickly: having to play “When the Saints Go Marching In” in New Orleans or “Mustang Sally” in Memphis again and again is tiresome for many musicians. Ali Colleen Neff’s book on hip-hop in Missisippi notes that many fans ignore contemporary music being created in the Delta in favor of “traditional” music, even though many Mississippi rappers feel their music exists in a historical continuity alongside the blues. Older juke joints in Mississippi are struggling financially even as newer clubs prosper, a fact which is made uglier by the systemic poverty so many African Americans find themselves trapped in.

However, critiques of musical tourism also frequently root themselves in deeply problematic critiques around “authenticity” in music, and moreover, why authenticity matters so much. Stephan King, author of a book on Mississippi blues tourism, argues that the Ground Zero Club in Clarksdale “hoodwinked some observers into believing that the club is actually an authentic juke joint.” Implicit in this is the idea that something is lost simply by not being an authentic juke joint. It essentializes both the music and the performer to a different kind of product, and depending on the product, one that may no longer exist. Profiles of musicians like T-Model Ford from The Telegraph leaned on his criminal past and how that led him to the blues, a problematic association between blues, African American men, and violence.

Moreover, this often comes down on how certain people listen to the music. Most younger musicians in Mississippi are not playing “delta blues” as it was played in the 1920s: the music is being filtered through a century of subsequent musical influences. You can easily find critics who want to filter what kinds of music can be played at music festivals, for example. The inclusion of Betty White and the Fabulous Thunderbirds led Peter Aschoff to complain that “I hope that the festival is not losing its original vision, and that it is not sacrificing ‘real’ blues in pursuit of a broader audience.” Clubs like Ground Zero might have inauthentic décor, but they also host younger musicians from Clarksdale and give them a venue.

This runs the risk of shutting out new musicians entirely, including African American artists whose music does not neatly fit into “delta blues” or “Memphis blues.” There’s a degree of anger directed at blues musicians who “sell out” or “do it for the money.” Po’ Monkey, one of the surviving juke joints in Mississippi prior to its owner’s death, was occasionally critiqued for having lost its authenticity. Its crime? Too many tourists were coming to visit.

Where do go from this, then? Both camps raise salient criticisms of the other in noting that what is sold and advertised in blues tourism can be misleading. Both also tend to ignore that tendency in themselves. If musical tourism can be a straightjacket in some ways, confining what musicians play to a narrow setlist (occasionally making a place like Clarksdale into what Clay Motley calls “the Colonial Williamsburg of the blues”), it also gives musicians a chance to make that music in the first place. Moreover, tourist networks can be understood as a way to build new networks between musicians and listeners. Constructed correctly, they offer a chance for visitors to understand blues heritage while also appreciating new music created in the present.

Zeb Larson is a writer in Columbus, Ohio. You can find more examples of his writing at zeblarson.com. 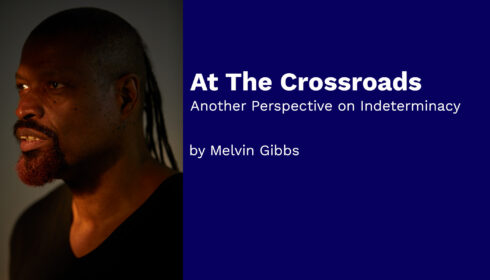