There’s a great story in the memoir of Algerian Jewish pianist Maurice El Medioni, about how, as a teenager during World War Two, he first encountered American popular culture. Determined to support his single mother during a time of hardship, he would roam the streets of Oran, selling alcohol to the US soldiers stationed there. In a particularly canny move, he bought their old silk parachutes and sold them on to a local tailor to make shirts. All the while, he was absorbing the language of blues and boogie-woogie emanating from the records the soldiers had with them. He learned the inflections, internalised the gestures, and brought them to bear on the andalus music he’d been mastering in Oran’s cafes.

Maurice’s story is a rich account of how cultural exchange happens; later, as he settles in France with his family following the rise of Islamists in Algeria, the tale becomes gradually more bitter. Melancholy was a potent resource for postwar musical exiles, but Maurice’s struggles turn out to be as much mundane as they are spiritual or cultural: tricky teenage children, problems with the family business. This unexpected shift is part of what makes the memoir so resonant, moving against the grain of typical musical biography by centring the unfulfilled artistic career.

There’s another account of a musical life that I’ve enjoyed recently – Franya Berkman’s study (the only book-length one to date) – of Alice Coltrane. I’ve been pretty sceptical about the rush to re-issue Coltrane’s more obscure recordings over the last few years. Not because they lack quality, but because – as so often – the surrounding discourse seems happy to fetishize the artist’s unconventional practice. I’m only part-way through Berkman’s book but it’s already proved itself a fine antidote in this sense, and Coltrane’s later, gospel-inspired devotional music now feels far more deliberate and meaningful to me than it did before.

From Luaka Bop’s 2017 compilation of her late cassettes, I’ve picked out the massive “Om Rama” for my playlist. Spotify is obviously a harsh and unhelpful medium for this kind of task, but I’ve tried to weave together some different strands of interest. There are excerpts from Mark Fell’s recent album Intra, a stunning collection of percussion pieces performed by Drumming Grupo De Percussão on the Sixxen metallophone system: a set of six microtonally tuned instruments originally conceived by Iannis Xenakis in 1976. There are also recordings by Reinette l’Oranaise, who, like Maurice El Medioni, was an Algerian Jewish musician exiled in France after Algerian independence. Her voice is raw but also unstoppably agile. The third and I guess most obtrusive strand is a trio of cuts from the new record by footwork pioneer RP Boo. His signature meshing of duple-triple temporalities is in full force here, pushed through pitch-shifted snares and a pared down sonic palette. The last track is a vivid slice from the new record by Lady Vendredi, packed full of knowing, bubble-gum optimism and the vertigo of late modernity. If you haven’t seen her elaborate live performances, rectify that at your earliest convenience! 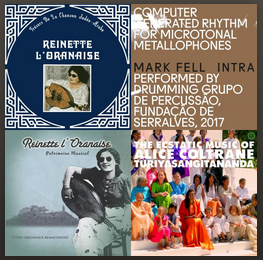 Looking for something new, fresh and exciting to listen to this month? Look no further! We’ve asked this month’s guest… 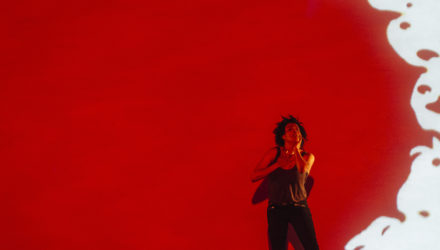 Kicking things off for July, this month our talented Guest Editor Sam Mackay shares his top 4 event picks from… 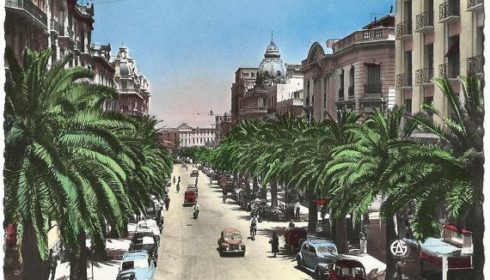 This month we are thrilled to welcome Sam Mackay to be The Sampler’s Guest Editor for July! Sam Mackay works…