“Music is like a portal into another person’s reality. We found through the Covid-19 pandemic that people are consuming a lot of artwork because what we lack in physical contact, we’re making up with through artistic content.“

Amble Skuse is a disabled composer and musician based in the UK. She was interviewed as part of Sound and Music’s newest podcast series, and features alongside Anthony R Green and Nathan Riki Thomson in Episode 4: Portals which you can listen here.

BEING A DISABLED COMPOSER

I’m Amble Skuse, I’m a composer, I’m disabled, so a lot of my work references that or explores that in some way. I generally work composing with electronics, using my laptop and a very limited range of technology.

I would say a hundred per cent of what I’m doing now is because I got really ill. That is a huge motivator because it makes you really focussed and it makes you really want it. There is no room for error, there’s no room for messing about. The best advice anyone’s ever given me is a friend of mine who has done pretty well in their creative career. They said to me once, “Amble, you can’t afford to fuck about.”

Everything you do has to count when you can only function for a couple of hours a day. You have to either be feeding yourself, earning money or doing the thing that you really, really want to do. In terms of my disability, I would say everything that I’m doing now is as a result of learning to think differently and learning to be really brutal with my focus.

I don’t really know if that’s composition or if it’s radio production — there is a sense of channelling people’s stories and illustrating them in a way that I really enjoy, even though I would never have met those people or heard their stories. The Tinderbox Collective works with young people in Edinburgh and they do all kinds of just fab projects of composing, improvising, recording, doing gigs, all sorts of things. They were doing a project about migration called Journey of a Thousand Wings, where they had interviewed young migrants to Edinburgh and asked them to write haikus about their experience of migrating to another country and recorded them all.

I received this huge folder of young people telling about their experiences moving to Edinburgh and I was just asked to turn them into a piece that would kind of lead into the concert, and the orchestra would start playing over the top of the soundscape. That was a really lovely way to be involved in something that I just couldn’t have done. To kind of find a way to bring those voices into an audience situation who might not have heard those voices before — I think that’s really interesting; if I can bring people’s stories, you know, it’s almost documentary making, but it isn’t. I just like that idea of being a sort of funnel for other voices. I’m just some white girl making noise, basically. But if I can make that noise, and create a platform and bring other people with me, it’s richer than just doing what I think is a good idea.

Listen to the soundscapes here

I’m kind of into gardening, which is difficult because I can’t really lift anything. But I really love it — the cycles of nature, and that there is a big growth and creation period in the spring, and then there’s this flowering in the summer and then it dies back in the autumn and in the winter everything just kind of regroups and just rests and you can just breathe.

This idea that maybe during the winter we could just maybe hold ourselves up. I find it very hard to push on through the winter — I just need to stop. Building that kind of ebb and flow into your life can be really beneficial, especially if you’re having to be creative and find that creative energy even when the Earth or like the energy around you is very dormant and is very quiet and it’s very dark and wet and cold and you’re still trying to push forwards and create and make. That seems contrary to the way creation happens in the natural world. Birds aren’t always nesting, they do it once a year! The dead things have to compost down and put nutrients back into the soil, and the soil has to rest and then the seeds can germinate. If you don’t have the space to germinate, how can you come up with anything? It’s like that balance of inward and outward: you have to let things come in and then let them germinate, and then let them come out in their own way.

‘WE ASK QUESTIONS OF EVERYBODY’

The opera is what came out of the Paraorchestra piece I created as part of Portfolio 2017. I knew that something was coming and I knew I wanted to understand it properly, something was kind of shifting.

The opera is a verbatim piece, built on interviews made with disabled people. At first, I was kind of focused on how society views disabled people because it was around the time of austerity — how has the shift in policy affected your the way people see you? That was kind of like my first focus. I wanted to see what the impact was psychologically and physically on disabled people.

It soon just became a much broader conversation about society, disabled people, how we see each other. Through talking to those people, I made these enormous shifts in the way I think and I learnt so much. It just was the most eye-opening, fascinating, life-affirming experience. Just sitting down and skyping with people and being like, how do you see yourself? How do other people see you? What are the challenges you face? How does austerity impact on you? What have you seen in the papers? How do you think about the philosophy? How does disability culture impact you? All of these questions. It was just mind-blowing because I’ve never really thought about it very much. I knew I was ill and I knew it was shit, but haven’t gone much further than self-preservation.

The process of building the opera is based on a networked approach. It’s not a hierarchical situation, it’s not me as composer saying ‘this is what we’re going to do’ and then writing it down and telling people to do it. The idea is that I create a space where everybody who’s performing can give what they want to give at any given time. The piece is entirely flexible and each person is a node in the network. I want to give people options and to allow people to give me what they want to give me. It’s part of the musical context, but it’s part of how we organise ourselves as well. It’s partially a compositional tool, and it’s also trying to figure out if you can run an ensemble in that way. And, by extrapolation, can you run an organisation or society in that way?

You can’t grow a cactus in a peat bog. Does that mean the cactus is wrong or does it just mean that to get the best out of the cactus, we put it in a desert? In order for people to flourish and to be the best that they are, we should be working out what they need in order to be themselves, to feel comfortable, to communicate in a way that suits them and to enable them to have a really sound base in which to grow from.

Music is like a portal into another person’s reality. We found through the Covid-19 pandemic that people are consuming a lot of artwork because what we lack in physical contact, we’re making up with through artistic content. We’re getting that human connection by watching Tiger King or Queers or all the programmes that we’ve all watched as a nation. We’ve sat and watched this not just because it’s a story that somebody has made for us and it speaks of a human experience that we’re interested in, but that we can then communicate that story with the people around us because they’ve all seen it as well.

The sharing of stories through whether it’s TV, Netflix, film, music, radio programmes, has become incredibly important. The less human interaction we have, physically, the more important these stories have become, and I think that’s really interesting — how much we’ve relied on people sharing their stories artistically in order to feel a connection with other humans who are living organisms on a planet that’s spinning around in space. Luckily, there are other people and other living organisms that we can connect to and learn from and be joyous about, and who can help us navigate this process of being human and existing, and all the feelings and thoughts that we’re currently experiencing. So yeah, experiencing art is like a portal to another human.

Listen to Amble talk about her own work, as well as extracts from her opera and Soundwalk in Sound and Music Podcast Episode 4: Portals

We Ask These Questions of Everybody

This is a 50-minute live and digital operatic event sharing disabled people’s experiences under austerity in the UK, performed by… 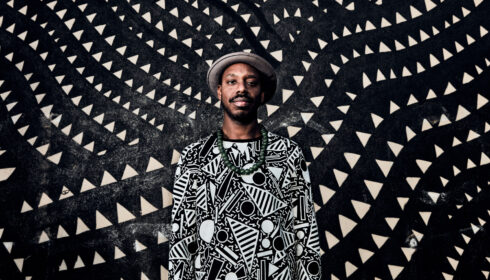 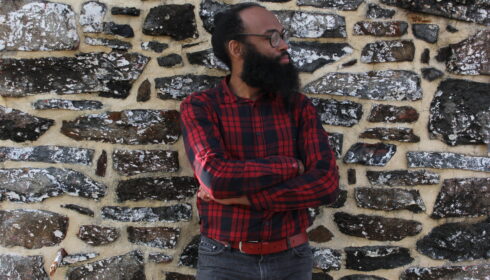 “It’s so much bigger than music itself. It matters because it creates dialogue, an opportunity to increase respect, understanding, compassion….