The viola: an often-overlooked instrument within the Orchestra. This October, as the focus of the LSO Artist Portrait, French viola player Antoine Tamestit is on a mission to change that and make people fall in love with the instrument. The repertoire over three concerts at the Barbican, and four BBC Radio 3 recitals for viola and ensemble at LSO St Luke’s, couldn’t do more to show audiences the wide range of sound, emotions and personalities of the viola.

On Sunday 31 October Tamestit performs Jörg Widmann’s Viola Concerto. Theatrical, colourful and emotional, Tamestit tells us how this concerto written especially for him came about, and what we can expect from a piece where the violist quite literally travels through the Orchestra.

‘The story of Jörg Wigmann’s Viola Concerto is a long one. In 2008, I received the Credit Suisse Young Artist Award, which awarded me money to use for any artistic project. I decided to commission a new concerto and wrote a long letter to Jörg. He accepted the commission but wrote that it wouldn’t be ready for a few years because he had too many other pieces to write.

In the meantime, we had the chance to play trio concerts together, with Jörg playing the clarinet, which gave us a chance to share our ideas about modern music. We realised that we understand music in a similar way – the gestures, breathing, expression. We had ideas about what a new concerto could be and continued that conversation, but in 2011 he told me it wouldn’t be ready until 2015. In February 2015, we met and spent a whole day being specific about viola techniques – bowing, pizzicatos, harmonics. I improvised in a modern language and he wrote things down. Those elements of a few notes, chords, sounds, gave him his initial ideas.

I first saw a written score in August 2015, barely two months before the premiere. Jörg gave me two pages of a slow movement, which would become the finale of the piece, although he didn’t know that at the time. It was extremely beautiful music – lonely and full of pain and beauty.

He kept sending me one page of music at a time and we would speak over the phone – a page and a phone call every day. I would put him on speakerphone and play what he had sent me, and he would say ‘yes’, ‘no’ or ‘I need to rewrite it’. The piece evolved little by little.

At one point he was trying to find a way to arrive at the slow movement and to follow it with a fast movement. By the beginning of October, three weeks before the premiere, he still hadn’t worked it out. Finally, he wrote a fast movement to lead into the slow one. He was hesitant and said, ‘I’m not sure this is what I wanted, but this is how it came out.’ I read it and we agreed it was fantastic. The final score was ready a week before the premiere.’

The soundworld of the concerto

‘The writing is full of different colours – not always even pure pitches or concrete harmonies, although Jörg is always haunted by Schumann, Brahms, Beethoven and Mozart, so harmony is important to him. He would leave a phone message in the middle of the night, in a trance and feeling amazed because he’d reached B-flat minor.

The instrumentation is unusual: the string section has only four violins, three violas, three cellos and eight double basses, so it’s very light but bass-oriented. There are also two harps, a piano and celesta, which give a resonance to chords that is crystal clear, right from the beginning of the piece.

‘The viola travels imaginary worlds and the listener might not know exactly where they are but they understand and imagine them.’

The piece is very visual and often funny, almost like a comic book. It starts with about twelve pages of pizzicato in the solo viola. The strings and winds are treated like percussion instruments, reacting to my pizzicatos. Once I finally pick up my bow, a new sound world opens up, that of world music. You might hear sounds from India or Asia (in the bass flute, for example), but it’s not quite clear – it’s just a flavour. The viola travels imaginary worlds and the listener might not know exactly where they are, but they understand and imagine them.

As the piece develops, the brass instruments are also treated like percussion – the players hit their mouthpieces to give a muffled blowing sound, like a bubble popping. The music grows into a big climax, reaching the toccata, which makes you think of Bach, but in a frenzied way, and without a sense of tempo. This explosion can’t go any further and it morphs into the romantic music of the last movement, in which there are dissonances that evoke great pain, but also beauty. The strings are muted, so you don’t hear them clearly, but the harmony is of late Schumann or early Strauss. It’s a memory of a different world, giving a sense of the end of a journey, of a life. All the virtuosity that came before finds an answer in the last movement.’

A piece of music or a piece of theatre?

‘Some of the humour comes from the staging, which Jörg had in mind from the start. I had told him about a performance of Berlioz’s Harold in Italy I did with Sir John Eliot Gardiner in 2015, in which I moved across the stage. This was to underline the fact that Berlioz wanted the viola to be independent from the orchestra, and how Harold’s travels in Italy are represented by different instrument combinations.

Jörg wanted to take this even further, making the soloist travel through the whole orchestra, not only to represent the travel of the solo violist, but also their role in the musical world, unsure whether they are a solo, chamber music or orchestral player. He does this brilliantly. The viola player has many encounters: first with the percussion, then with the harps (like in Harold in Italy) and then with the flutes, double basses, tuba and strings. Some of the collaborations work and some don’t, which is where the humour lies.

For example, the viola imitates the bass flute, as if they are a couple, and the relationship is intimate and sensual. The encounter with the double basses doesn’t start as well. The basses become a character in their own right, and they are so strong that I try to fight them with my C string (the lowest viola string). I realise I can’t win, so I try to tame them, making them play more softly and delicately. The relationship with the tuba doesn’t work at all, but even then, there’s humour.

‘Acting on stage comes quite naturally … Jörg writes in the score how the violist should think and act.’

Eventually I take the whole orchestra into a crescendo-accelerando and we grow together, but I realise I cannot fight them in terms of sound. They get so high and loud that there is nothing for me to do but to scream. Jörg wanted me to play as high and loud as possible, but I told him that to do both is not possible on the viola – when we play extremely high the sound becomes choked. I joked that the only thing left for me to do at that point would be to scream. He said, ‘Let’s do that!’ So a joke became reality. However, I have to remain very serious when I scream.

Acting on stage comes quite naturally. Even when I’m not doing it physically, the theatre of the music happens in my head. Jörg writes in the score how the violist should think and act. You have to learn to play and walk at the same time, and to know exactly where you are, because sometimes there are microphones in the way and you have to walk naturally. At first, I slid more than walked, which looked very strange, so I had to learn. The screaming required practice because your voice mustn’t distort, and I had to work at that. I have performed the piece more than 20 times now, so it is in my blood.’

‘I’ve always been interested in working with living composers because you can ask them questions about what was going through their mind when they wrote their music. With their eyes, gestures and words they can explain every note, which is so interesting. Not all composers are talkative, but it’s fascinating to try to unveil what’s going on in their minds.

New works help me push the limit of my technique. You can’t always imagine how much is possible until a composer moves the boundaries of height, speed or sound. Then you try and realise it’s possible. You discover a palette of colours and techniques that you didn’t know you had, which helps you in other music. I advise viola students to do this as early as possible. We are lucky now because more and more compositions are being written so we don’t need to commission all the time – it’s also good to look at existing modern pieces and reinterpret what has already been performed.’

Developing a relationship with the LSO

‘The London Symphony Orchestra is a truly great orchestra. The musicians play as a unit no matter how many of them there are – they are like a big chamber group. They have developed a quality of sound that can be very pure and smooth, approaching it with the subtly of a single player so that the collective sound is very refined. This doesn’t mean they can’t play loudly or with strength, but as a team they approach sound with elegance and intelligence. I first played with them in 2011, with the Walton Viola Concerto, and later in Berlioz’s Harold in Italy, and I was amazed at how they know certain sound worlds and scores by memory. They played the Walton with their eyes glued to the conductor or to me, and they were completely open. It is a very generous Orchestra – they play for each other and for the audience.

‘The Orchestra was so open-minded – it was an incredible gift for me to be able to show how I feel about the viola and why I’m in love with it.’

As our relationship developed, Managing Director Kathryn McDowell suggested we build a residency, with which I could do whatever I liked with whomever I wanted. We have done just that, presenting concertos with conductors I know well, finishing with the Walton Concerto because it’s such a natural piece for the Orchestra. We also created links between the concertos and chamber music projects. The Orchestra was so open-minded – it was an incredible gift for me to be able to show how I feel about the viola and why I’m in love with it, and to demonstrate its range, from Baroque and romantic music to contemporary, all showing the beauty of the repertoire.’ 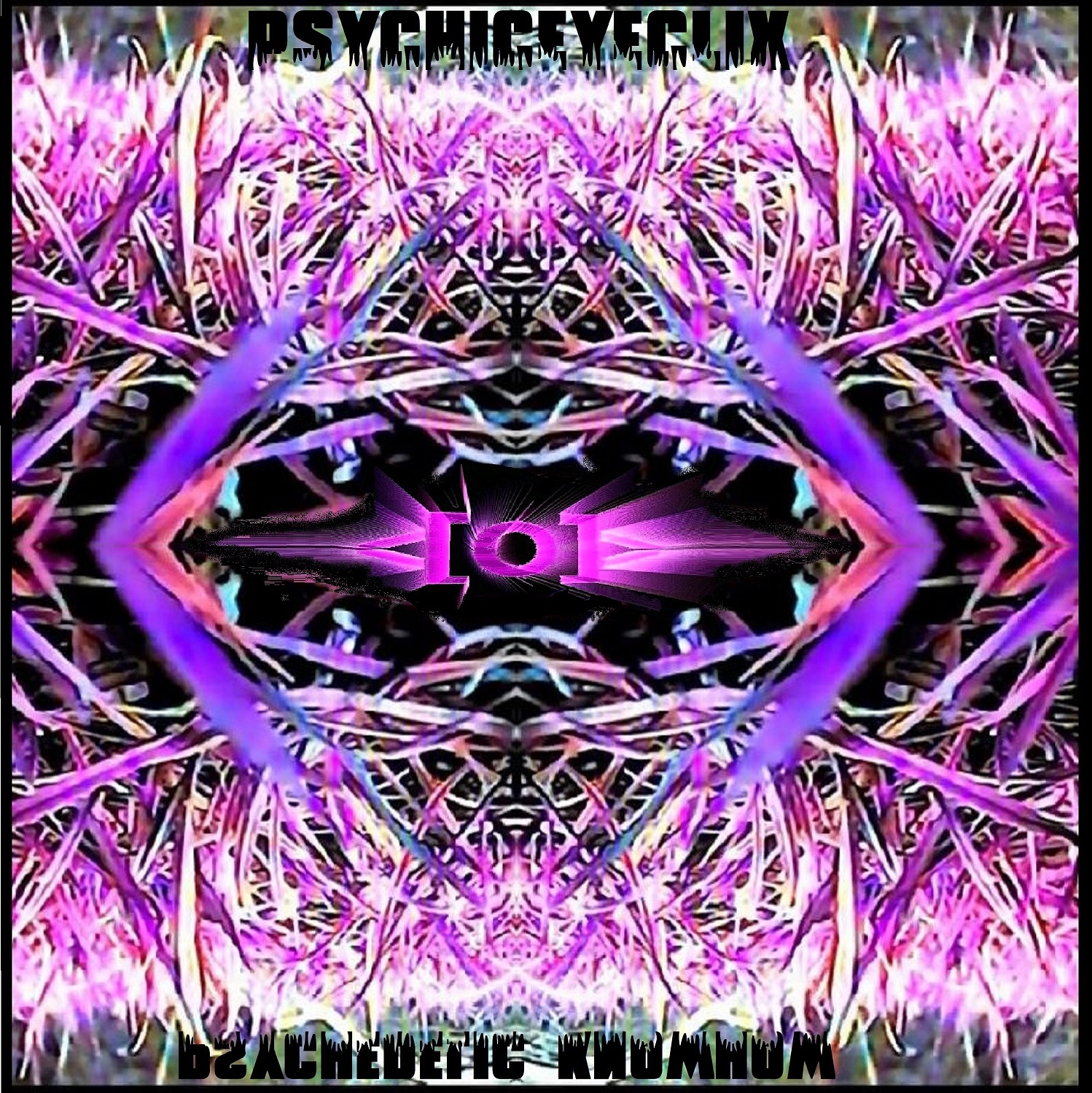