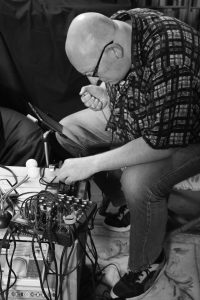 We have just hit 50% of our crowd funding target over at PledgeMusic and completed the main recording sessions so it’s a very good point to sit and reflect on it all.

A little background on Some Some Unicorn. The band is an experiment in communal music making and improvising in large ensembles. The first album, Some Some Unicorn & The Golden Periphery was made as part of my time as a SaM New Voice Composer and was built around online file swapping. It turned into a very well received project with nearly 40 people taking part.

The chance came to work again with SaM and for the first time with PledgeMusic to look at crowd funding for more ‘esoteric’ music with the pilot scheme Compose, Create, Engage. So the second album Unicornucopia started to be planned. I decided to push the band more into the real world and that the bulk of the album would feature studio recordings with players in the same room, playing in real time together. Sessions have since happened in Salford, London, Lancaster and Ulverston, with chances being given now for overdubs from those that want to be part of the album but couldn’t make the studio sessions. 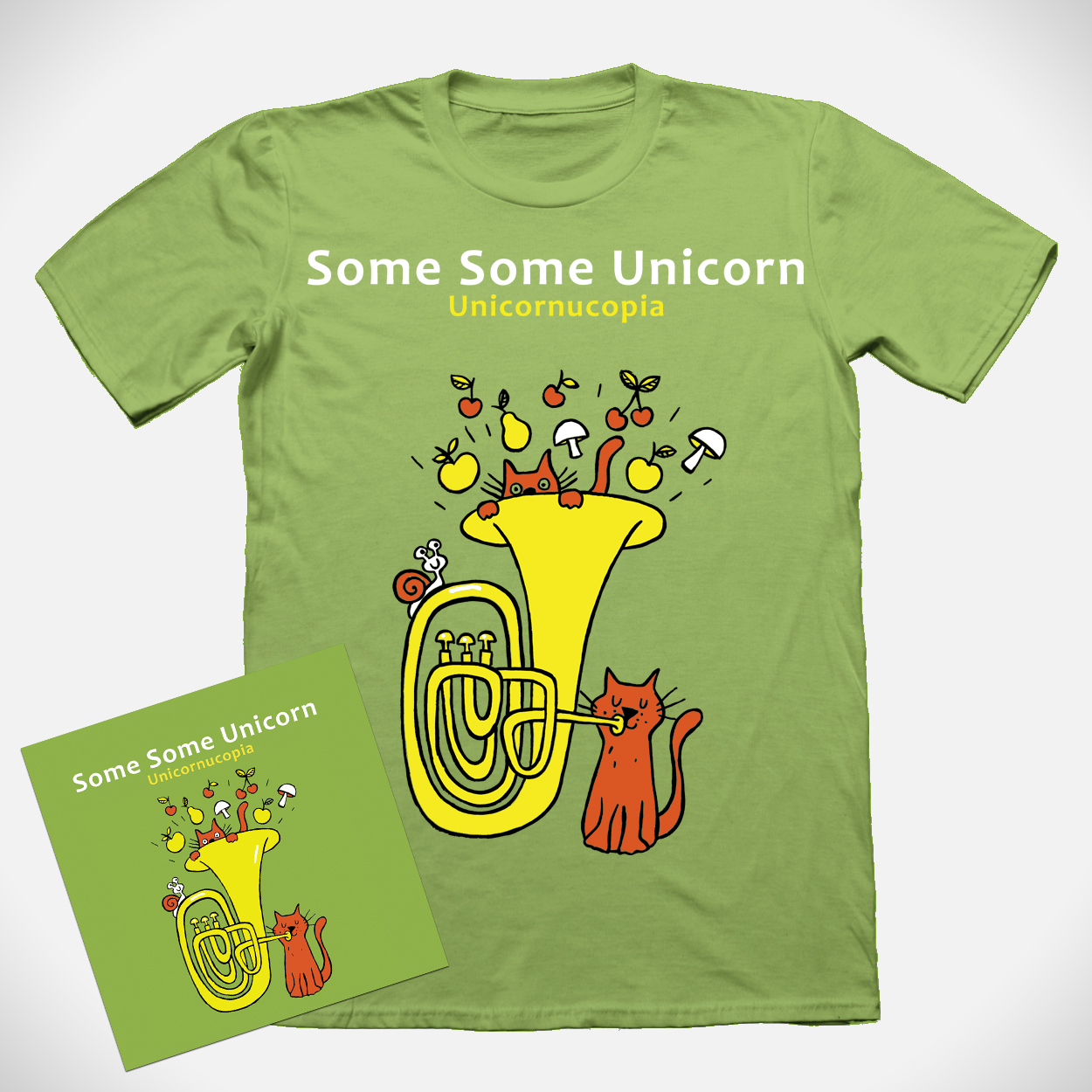 We have also begun playing live and have done 9 gigs, featuring 42 players in total – I try and get 10 or so for each gig. This has been an amazing experience, always different line ups and a real sense of community spirit has built up around the band. The music has also been of a very high quality so expect more of that kind of thing. Musically we are based in the European free improv tradition with chunks of free jazz, new music, post rock, ambient and a whole lot more – a real cornucopia of styles you might say….

As we hit 50% of our target I am sat on nearly 5 hours of music edited out of the studio sessions. Lots of listening happening, deciding what works well together, how it can fit into a coherent album etc. This is when the album stops being improvised and becomes composed, or is it curated? Decisions, decisions….. also the need to balance the work as art and the community need for everyone to feel an ownership of the final work is important. We’ll get there as the sessions and the live performances have been full of love, mutual support and constructive feedback.

PledgeMusic were very helpful in being able to identify what products work best, the best way to present the artist and how the best campaigns have caught the public’s imagination.  Does this work to fund experimental new music? The improv world doesn’t tend to do much in the way of merch, never seen an Evan Parker t-shirt in all my days (if you see one in XXL give me a shout) – in fact art music seems in general to not like this kind of commercialism. The fact is though that the funding climate isn’t so great, especially on the fringes. Festivals and organisations tend to play safe when money is tight so artists need to look to other funding streams. I personally come from a post punk DIY scene and ethic and have self-funded and worked on a shoe string most of my career with occasional periods of funding so this wasn’t such a leap for me. There is always a way to get something done, sometimes you just have to hustle that bit harder 😉

So what to sell? Obviously there is the album, CD and download but we have gone down a fairly mainstream path for some of the other products. We are very lucky to work with the artist Ruth Green and she again has contributed an original artwork for the album cover. She also very kindly made a limited edition of 12 prints for us, for free! (You will see this quite a bit in Unicornland – there’s not been much money come into the band but there is a fierce sense of community formed that has enabled us to do things and that has meant many people going above and beyond to help us move along). The design also made a rather lovely t-shirt and badges and stickers. We are also releasing a limited edition of 10 hand cut 10” singles that features exclusive material. Then the mainstays of crowd funding – get your name on the album and VIP gig tickets are there to be had.

On the whole I’ve been pleased with the 50% we have raised – mainly been the band and friends self-funding ourselves. That’s fine though, be nice to get a wider spread of interested folk, but the main thing will to be get the album pressed. This is within sight now and I’m confident we will hit the target now I have material recorded.

We have the launch party booked for 30 September at I’klectik in London – this will feature as many of the album players as can make it and we can fit in one room!! Going to be a right good do!! You can even get VIP tickets to see the rehearsal, talk to the band and get the best seats for the concert!!

I’ll be pushing the project as far and wide as possible, hoping the rest of the band will follow suit and do as much promo as possible. If you like what we’re about then please do share it with like-minded people. It feels at the moment that I’m just talking to the same people over and over and that they might become jaded with me plugging the project all the time. Over saturation is a definite danger with this kind of thing. It is increasingly hard to rise above the noise of social media and online chatter to get your work heard. I don’t really have many answers to this, many of the tips don’t work as well for art music I feel. The best we can do is carry on and play and send stuff out and build with word of mouth. If nothing else we are a pretty large community of Unicorns and this has its own rewards.