“There have always been gay, lesbian, bisexual, transgender and queer musicians making important work. And as social attitudes shift, it seems that more space than ever is being made for these artists in the mainstream.” – Esme Newman explores the work of queer musicians in metal music.

Enjoy the second episode of The Sampler Audiozine – Esmé Louise Newman takes us into a brief sonic look at some recent releases exploring LGBTQ+ themes in the underground rock and metal scenes. Listen here and follow us on twitter and SoundCloud – transcript and tracklist below.

Esme Louise Newman: There have always been gay, lesbian, bisexual, transgender and queer musicians making important work. And as social attitudes shift, it seems that more space than ever is being made for these artists in the mainstream.

[00:16] But within the underground realms of metal, punk or noise music. While we’ve often been sidelined, marginalised or seen as a novelty, it can feel as though the tide is only just beginning to turn. However, I feel that outside of the scrutiny of the larger music, industry and press cycle, we’re free to take greater creative risks and address issues otherwise and acknowledged in our art. And it’s both pleasing and encouraging to see an increasing number of creators taking advantage of those freedoms.

[00:49] My name is Esme and I’m a queer metal and noise musician living and working in the UK. I’d like to introduce you to a few recent releases which are exploring queer themes through role cathartic musical expression. This is the Sampler Audiozine.

[01:36] Pupil Slicer are an English math core band, who released her debut album Mirrors earlier this year through Prosthetic Records to much acclaim in the metal and hardcore communities. Vocalist and guitarist Kate Davies unleashes a furious throat shredding performance throughout and her lyrics, although often fractured, metaphorical and abstracted address themes such as gender dysphoria, mental illness, and on the bluntly titled Panic Defence, an infamous legal strategy which serves to prevent the prosecution of violent and lethal crimes against queer and trans people, offences which are committed at an alarming rate. such powerful and personal subject matter is not an easy thing to confront. And it clearly takes its toll with Davies relating in interviews how she over exhausted her voice multiple times during the record’s creation. When discussing album closer, collective and consciousness, she even describes being what used to tears while recording the vocal take we hear on the finished product.

[02:49] It’s not just the lyrical and vocal approach which pushes emotional and physical boundaries though, the band’s highly technical musicianship sees them juggle, dizzying time signatures, and hectic dissonant reps, creating a whirling maelstrom of intensity.

[03:58] Pupil Slicer also appear on a split release with London chaotic hardcore two-piece Death Goals, who themselves have just released a debut album titled The Horrible And The Miserable at the beginning of June, he sees the band opening up about their queer identities in ways that they hadn’t previously addressed. Tracks like agenda traitor, which confront the horror of conversion therapy and religious oppression are delivered with total urgency and passion, reflecting on power and privilege to acquire lands. These pens are just two examples of an exciting UK scene and afraid to put honesty and emotion at the forefront of their output.

[music – Vile Creature – Harbinger Of Nothing]

[05:35] Across the ocean we find Ontario sludge metal duo Vile Creature who describe themselves as an “angry queer gloom cult.” And it’s not difficult to establish why that is. Within the opening seconds of their 2020 album “Glory! Glory! Apathy Took Helm“, vicious howls, crushingly slow guitars and drums and piercing, accurate shrieks of feedback immediately assail the listener. This is perhaps not entirely atypical of the genre at large, but rather than the hopeless and nihilistic approach of many of their peers, Vile Creature champion community, compassion, and fighting against injustice at every opportunity, along with like minded bands such as Bismouth, with whom they have collaborated, or Body Void, this band are using the oppressive sonics of metal to voice a strongly anti-oppression message and balance their political motives with personal accounts of their experiences as non-binary people.

[music – Vile Creature – Harbinger Of Nothing / Victory Over The Sun – Nowherer]

[07:18] Vivian Tylinska is a solo musician behind Oregon avant-metal project Victory Over The Sun. As if her fusion of extreme metal classical music, jazz and progressive rock wasn’t intriguing enough, she also performed all of her material on microtonal xenharmonic instruments which she modifies herself. Her 2020 album “A Tessitura of Transfiguration” deals with the intertwined processes of finding her voice both as a musician and as a trans woman.

[07:54] She followed that work this April with an album titled “Nowherer“, which is somewhat darker, heavier and more brooding. texturally rooted in metal, that musically deviating wildly from its often all too rigid structures. Like all of the album’s I’ve mentioned, there’s something beautiful to this brutality, and there’s an eloquence within screaming, you just have to allow it to reveal itself.

[08:21] Thank you for listening. If you liked anything you heard in this episode, be sure to support the artists directly and help them continue to make such a vital and exciting music. For more about The Sampler Audiozine, you can visit sampler.org or @samplernews on Twitter and SoundCloud

[play out to Victory Over The Sun – Nowherer]

Esmé Louise Newman is a queer musician and artist based in Newcastle-Upon-Tyne. She has been playing music in bands, and solo, for over a decade, and recently created a podcast called Hide From Time, where she reviews underground music mostly in the fringes of rock and metal, noise and ambient, electronic and experimental music. Esmé is currently involved in the black metal projects Penance Stare and Petrine Cross, the dark ambient/noise project 1727, and various other collaborations.

“It is important to acknowledge how we are working with it as a group, the approach we are taking and… 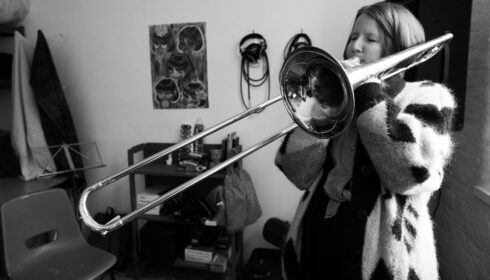 Ep.3 – Back to Work – The Sampler Audiozine

“[ I live in a semi rural area called Todmorden in West Yorkshire, and I’ve been feeling quite anxious about… 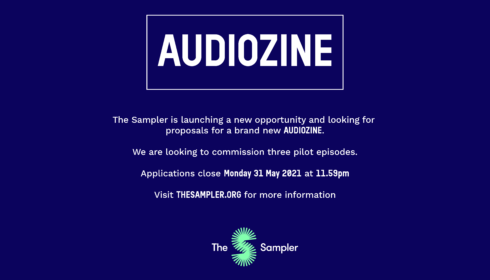 The Sampler Audiozine – Call for proposals 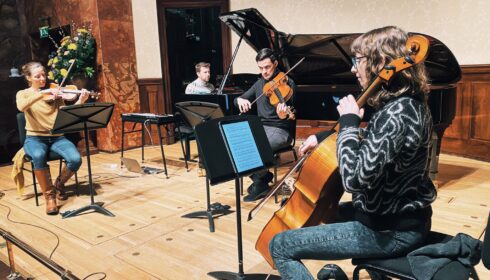 Welcome to The Sampler Audiozine. The Sampler goes out and into the world bringing you close to the people who…